An Oklahoma judge on Friday revoked the bond of a white local businessman accused of killing a Black man who worked for him after a prosecutor said the businessman was spotted in a bank drive-thru and visited a local Waffle House in violation of his bond conditions.

Triplett faces charges of first-degree murder and desecration of a corpse after the body of 51-year-old Brent Mack was found buried beneath a septic tank on a Logan County property. Triplett is the owner of Triplett Backhoe LLC, a Guthrie company that installs septic systems and storm shelters, according to the company’s website. 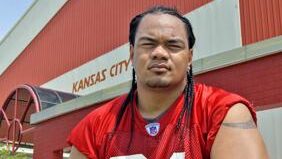 Damario Solomon-Simmons, a civil rights attorney representing Mack’s family, said he believes Triplett was granted bond in part because he is a prominent white businessman accused of killing a Black man.

“If Brent Mack had killed Dan Triplett, shot him in the back and buried him underneath a septic tank and then lied about it to his family for over a month, do you believe Brent Mack would get bond?” Solomon-Simmons asked. “What other answer can you point to? I think the fact that he was (a) prominent white businessman who killed an African-American man played into the decision.”

A telephone message left Friday with the judge seeking comment about her decision was not immediately returned.

Worthington allowed Triplett to be released on a $500,000 bond last month over the objection of prosecutors and the victim’s family. Triplett was ordered to surrender his passport and firearms and was placed under electronic monitoring. He was allowed to leave his home only to go to court or to appointments with his attorney or doctor, records show. 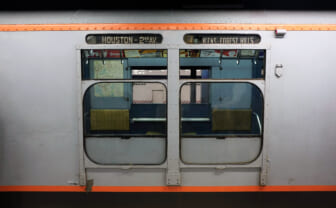 District Attorney Laura Thomas moved to revoke Triplett’s bond after she said a bank teller who knew Triplett had been arrested for murder spotted him in the bank’s drive-thru. A review of Triplett’s electronic monitoring records showed he also made trips to a convenience store and a Waffle House, Thomas said.

“We had strenuously objected when the judge set (bond) and were stunned she did,” Thomas said. “We are relieved that this first-degree murder defendant is back where he should be and the family is also.”