A true titan of Black theater, playwright, director, and scholar Paul Carter Harrison has passed away. He was 85.

Harrison’s death was reported by The New York Times over the weekend, with Harrison’s daughter Fonteyn Harrison confirming the death to the outlet. Harrison was known for his plays like The Great MacDaddy, which earned him an Obie Award in 1974. 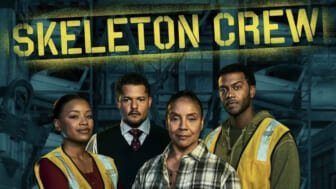 Harrison’s prolific work stretched beyond playwriting, as he became just as well known for his work as a theatrical scholar and his theoretical work. Harrison became professor of theater at Howard University in the late 1960s, helping to give it the space it deserved in academia, akin to Shakespeare or Greek theatre.

He is also known for his book The Drama of the Nommo: Black Theatre in the African Continuum, a collection of theoretical essays on Black theater. The book is believed to have had a major impact on the art form at large. His works, notably The Great MacDaddy, fused epic works like Virgil’s “Aeneid,” with West African myths.

Sandra Richards, an emerita professor of theater at Northwestern University, shared in an interview in The New York Times report, “He was always interested in what he called the deep structures of Black life, and for him, those deep structures have to do with ritual and myth.”

Professor of theater and Africana studies at the College of William & Mary, Omiyemi (Artisia) Green, shared, “He talked about Black performance traditions such as Carnival, which are rooted in rhythm, drums and movement. You see these kind of elements moving in the Black church as well. All of these things, that movement working together with the language working together with the drums, these things conjure the presence of spirit.”

The Harrison family shared in a statement per WSB-TV 2, “We cannot express more the utmost respect and affection he had from many people in the U.S. and across the oceans, as a writer, award-winning director, teacher, colleague and friend. For the family he was the Pater Familia.”

Harrison, a native New Yorker, was born in Manhattan on March 1, 1936. His love affair with theater began early, after reading plays by Tennessee Williams and Eugene O’Neill. He said while he admired the playwrights, “they left him cold.” Harrison initially attended New York University, before transferring to Indiana University after deciding to pursue a career in psychology.

Upon returning to New York and getting his master’s degree, he fell back in love with theater, leaving him to take time off to write, per the Times. Harrison lived in Spain and the Netherlands and married his first wife, actress Ria Vroemen, in 1963. They eventually separated and divorced five years later.

Harrison also taught at various universities including the University of Massachusetts, Amherst and Columbia College Chicago. He shared in an interview obtained by the Times from 1997, “I’ve never been an actor. I’m principally a playwright. I like anonymity. I’m a good deal more reserved.”

Harrison is survived by his daughter, his second wife Wanda Malone, and his grandson.