Exclusive photos tease the return of characters Queen Charlotte and the Bridgertons, as well as new additions including the Sharma family.

Lady Whistledown is back. Bridgerton, which took the world by storm when Netflix dropped its first season in 2020, is finally back for season 2, and the streamer just dropped a sneak peek at the steamy new season.

The second season of Netflix’s addicting period drama from Shondaland is set to be one of the biggest moments in television this year. The popular first season was a sleeper hit, becoming the most-watched series in Netflix history at the time and launching many of its actors into the stratosphere, including Hollywood leading man Regé-Jean Page.

We are just two months away from the show’s return, which is set to follow Lord Anthony Bridgerton (Jonathan Bailey), the brother-in-law of Page’s Duke of Hastings. 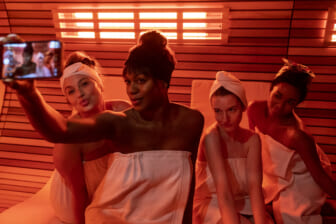 The first-look pictures give fans an exciting glimpse at one of the new characters introduced in season 2: Kate Sharma, played by Simone Ashley. The addition of the Sharma family is an exciting aspect of season 2 of Bridgerton, which has become known for its diverse casting in a typically all-white genre. With the Sharmas, a dark-skinned Indian family gets to take center stage in the popular series.

The exclusive photos also reunite viewers with the characters they’ve come to know and love, including the Bridgertons. Phoebe Dynevor, who played the romantic lead Daphne in the first season, returns alongside her family.

Fan-favorite character Queen Charlotte also is featured in the photos, with Golda Rosheuvel reprising her charming role. A spin-off surrounding the character, following her youth and how she became Queen, is currently being developed at Netflix with Shonda Rhimes herself writing and executive producing. 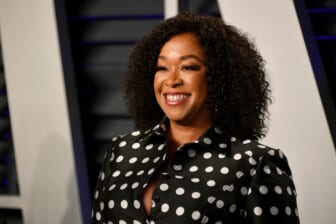 The official season synopsis, per Netflix, shares that the story, “follows Lord Anthony Bridgerton (Jonathan Bailey), the eldest Bridgerton sibling and Viscount, as he sets out to find a suitable wife.

Driven by his duty to uphold the family name, Anthony’s search for a debutante who meets his impossible standards seems ill-fated until Kate (Simone Ashley) and her younger sister Edwina (Charithra Chandran) Sharma arrive from India.”

When Anthony begins to court Edwina, Kate discovers the true nature of his intentions — a true love match is not high on his priority list — and decides to do everything in her power to stop the union.

But in doing so, Kate and Anthony’s verbal sparring matches only bring them closer together, complicating matters on both sides. Across Grosvenor Square, the Featheringtons must welcome the newest heir to their estate while Penelope (Nicola Coughlan) continues to navigate the ton whilst keeping her deepest secret from the people closest to her.”

Bridgerton will return to Netflix March 25.