Showtime releases ‘We Need to Talk About Bill Cosby’ trailer

The four-part docuseries will premiere on Showtime starting Jan. 30 at 10 p.m. EST.

Discussing the legacy of Bill Cosby in light of his sexual assault allegations and incarceration has been a complicated and polarizing issue. Showtime will attempt to unpack that discussion with a new documentary series, We Need to Talk About Bill Cosby.

The network released the official trailer for the series on Wednesday. 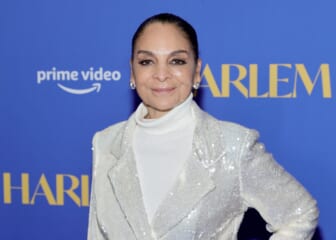 W. Kamau Bell, the comedian, and Emmy Awarding winning host of CNN series United Shades of America with W. Kamau Bell, directs the four-part series, which will offer an in-depth, dynamic look into the life, career, and impact of Cosby, as well as how his sexual assault allegations have impacted his legacy.

He also serves as a co-executive producer of the docuseries with Andrew Fried, Dane Lillegard, Jordan Wynn, Sarina Roma, and show runner Katie A. King.

Cosby distinguished himself as “America’s Dad” through his successful and influential sitcom The Cosby Show, as well as through his years of philanthropy. He was an icon of Black American pride and success thanks to his brilliant stand-up comedy, acting and commentary on Black American issues. Journalist and former Ebony Magazine Editor-in-Chief Kierna Mayo calls Cosby “our center of morality” in the docuseries trailer.

However, with allegations of sexual assault and rape from over 60 women that he received later in his life, his reputation has been forever tarnished and he ultimately ended up in prison. Commentators, actors, and scholars analyze how these revelations have destroyed someone so revered in culture, but who may well have been hiding his dark side in plain sight the whole time.

Interviewees like journalist Jemele Hill as well as news anchor and scholar Dr. Marc Lamont Hill discuss how Cosby’s alleged penchant for drugging women without their knowledge was slyly peppered into his stage routines and quips in the script of The Cosby Show. They discuss how eerie it is that his show character, Dr. Heathcliff Huxtable, was an OB/GYN doctor. 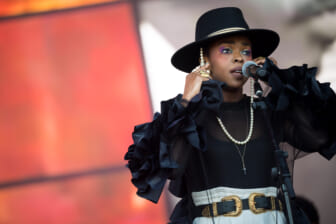 Bell himself comments on how Cosby’s presence inspired him and led him on the path he is on today while also contextualizing his contributions in a culture where abusers are erased from history.

“Bill Cosby had been one of my heroes,” Bell says in the trailer. “I’m a Black man, stand-up comic, and I grew up in the ’70s. But this…this was complicated. How do we talk about Bill Cosby?”

We Need to Talk About Bill Cosby will screen at the Sundance Film Festival on Jan. 22. It makes its national television debut on Showtime Jan. 30 at 10 p.m. EST. The series will also be available to view on all of Showtime’s streaming platforms as well as VOD.