Devonne Marsh has been charged after alledgedly setting his pregnant-with-twins girlfriend's legs and stomach ablaze.

A 42-year-old man in Detroit has been accused of torturing his pregnant girlfriend by setting her legs and stomach on fire.

Devonne Marsh has been charged with kidnapping and abduction, aggravated and felonious assault, violation of the controlled substance act. According to a local CBS outlet, Marsh also has a previous charge for a dangerous drug warrant.

It was discovered that the man was holding his unidentified 26-year-old girlfriend last Friday, Jan. 14, when a tipster reported that a woman was being held hostage to Detroit Police. Authorities found the woman on a bed in their home’s basement with second- and third-degree burns on her legs and stomach. WJBK is reporting that Marsh allegedly doused her with lighter fluid.

The woman, who is six months pregnant with twins, reportedly has third-degree burns on 60% of her body, She is currently hospitalized in critical condition. 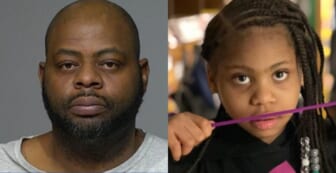 “How do you do this to another human being? I can’t — it’s unimaginable,” said Detroit Police Commander Michael McGinnis. “Just incredibly traumatic injuries. I did see pictures, and I just … the pain she must be suffering, I can’t imagine.”

Marsh has a lengthy criminal history, including drug, gun and assault charges. He also reportedly absconded from parole. Despite the severity of his charges, an outstanding warrant and a pending case in a neighboring suburb, his bail was set at $50,000 or 10% — meaning he can be released after posting just $5,000.

“We just hope that he remains in custody through the trial process so the victim can heal without fear of any kind of retribution from him,” McGinnis said. 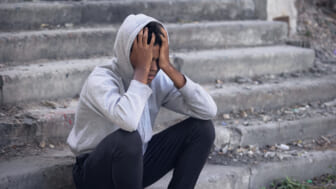 Investigators say that the woman was terrified to report the domestic abuse to which she had been subjected out of fear of retribution by Marsh. Eventually, she disclosed what was happening to her after police found her.

“I want to applaud her for coming forward. I want to again let her know that she is not alone,” said Sgt. Kyla Williams, who supervises the department’s domestic violence unit. “She has the men and women of the Detroit Police Department to support her.”

Have you subscribed to the Grio podcasts “Dear Culture” or “Acting Up?” Download our newest episodes now!“
TheGrio is now on Apple TV, Amazon Fire and Roku. Download theGrio today!