The ex-wife of actor Jesse Williams is seeking primary custody of their two children amid conflicts with their co-parenting scheduling.

According to reports, Aryn Drake-Lee has accused the former Grey’s Anatomy star of erratic behavior that is proving to be detrimental to the health of their children. She is now asking a judge to give her primary custody of Maceo and Sadie, Radar Online reports.

Drake-Lee filed for divorce from the actor in 2017 after five years of marriage and 13 years together. They settled on joint legal and physical custody of their kids, but she claims her ex-husband has failed to comply with the co-parenting schedule and fired a nanny his children liked.

According to legal documents obtained by Radar Online, Drake-Lee wants the court to modify the agreement so that Williams has visitation with his kids on the first, third, and fifth weekends of each month instead of joint custody.

She claims Williams’ work schedule and the COVID pandemic challenges “have resulted in increased inconsistency, longer absences, regular last-minute cancellations and other issues which are incredibly disruptive to our children’s lives.”

“I am requesting modification of the custody schedule and other provisions of the judgment to better reflect the new reality of our lives, and most importantly, properly and positively address the needs of our children,” she writes. 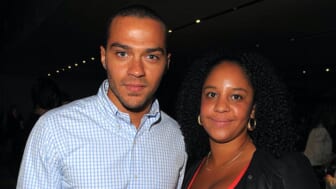 “I have tried to communicate with Jesse to resolve these issues to no avail. In May 2020, I sent a detailed communication with my concerns about their health and exhaustion, which Jesse read and ignored. Since then, I have sent multiple messages about the recurring issues, but he has continued this trend of not participating in meaningful conversations or strategies about their health,” she says.

Drake-Lee says the former couple’s children struggled without the nanny, who she rehired out of her own pocket, per RadarOnline.

TheGrio previously reported that, per their divorce settlement, Williams was ordered to pay $40,000 every month, and over $100,000 for spousal support. In February 2019, theGrio reported Drake-Lee sought more than $600,000 in back child support and more than $250,000 in retroactive spousal support. She also said that her former husband was inconsistent with their child custody schedule.

During an interview with PEOPLE in May 2019, she described how the divorce and custody battle impacted their children.

She continued, “It’s also okay for the children to see me crying, to see that I’m having a hard day today. Because that lets them know that when they have those hard days, there’s also room for that.” 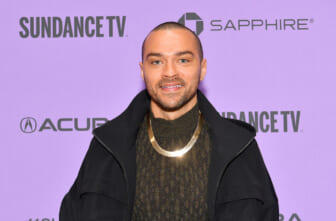 She notes in the most recent court filing that after Williams exited Grey’s Anatomy in May 2021, “there have been multiple instances of Jesse notifying me with very little notice that he will be gone for weeks or months at a time for work, and therefore must cancel his custodial time.”

She alleges that Williams has canceled time with his children more than 15 times, often canceling and then un-canceling.

“When I’ve reminded Jesse of his cancelations and informed him of plans made because of said cancelations, he has resorted to erratic behavior to try to force me to acquiesce to his demands; he calls me names, uses threatening language and intimidation tactics such as threatening to send the police to my home, causing me to fear for my and our children’s safety,” she claims.