A federal judge closed his courtroom to the public Friday to hear attorneys debate whether “racially insensitive” text messages should be allowed as evidence in the hate crimes trial of three white men who chased and killed Ahmaud Arbery.

U.S. Magistrate Judge Benjamin Cheesbro spent more than two hours hearing arguments from prosecutors and defense attorneys behind closed doors, as evidence of racist actions or attitudes by the defendants had been ordered sealed from public view.

In November, a Georgia state court convicted father and son Greg and Travis McMichael and a neighbor, William “Roddie” Bryan, of murder in Arbery’s death. All three were sentenced Jan. 7 to life in prison, with the McMichaels receiving life without the possibility of parole.

The McMichaels and Bryan face a second trial in U.S. District Court, where a federal grand jury indicted them on hate crimes charges that allege they violated the 25-year-old Arbery’s civil rights and targeted him because he was Black. Jury selection is scheduled to begin Feb. 7. 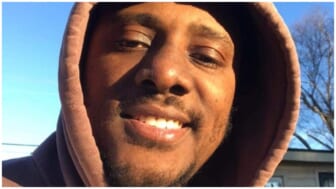 The McMichaels armed themselves and pursued Arbery in a pickup truck after spotting him running in their neighborhood outside the Georgia port city of Brunswick on Feb. 23, 2020. Bryan joined the chase in his own truck and recorded cellphone video of Travis McMichael blasting Arbery with a shotgun. The graphic video sparked a national outcry over Arbery’s killing when it leaked online two months later.

The judge Friday cleared the courtroom of reporters and other spectators before hearing a legal motion by Bryan’s attorney, Pete Theodocion, asking that prosecutors be prohibited from showing a jury several text messages between Bryan and others containing “racially insensitive language.”

Theodocion didn’t quote those text messages in his written motion filed Dec. 30 but said they included messages regarding the Martin Luther King Jr. holiday. He said others included Bryan saying a thief who stole a friend’s bike was likely Black and Bryan expressing “disapproval of his adopted daughter dating an African American.”

“The evidence Defendant Bryan seeks to exclude is of a highly inflammatory nature and would significantly limit his ability to be fairly tried by an impartial jury,” Theodocion wrote. “An African American juror would be particularly and rightfully angered at such language and would naturally be hyper-inclined to make a decision on an improper basis.”

The judge granted Theodocion’s request Friday to hear arguments on his motion behind closed doors, along with other legal motions already under seal, so attorneys could discuss the messages in detail without making their contents public before the case goes to trial.

Theodocion told reporters outside the courtroom that the judge adjourned without ruling on whether any of the messages could be shown to a jury. 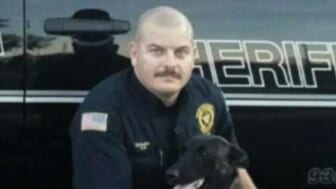 Prosecutors said in a court filing that their sealed legal motions detailed “racial-animus evidence” they planned to use against the McMichaels and Bryan.

That likely includes Bryan’s statement to Georgia investigators that Travis McMichael uttered a racist slur while standing over a fatally wounded Arbery as he lay in the street.

At a June 2020 pretrial hearing in the state’s murder case, Georgia Bureau of Investigation Agent Richard Dial testified that Bryan said he heard Travis McMichael use the words: “f—-ing n—er.”

Attorneys for Travis McMichael denied that he made the statement. State prosecutors never mentioned the slur during the murder trial last fall.

During the trial in Glynn County Superior Court, defense attorneys argued the McMichaels and Bryan had a reasonable suspicion that Arbery was a burglar. Travis McMichael testified he opened fire in self-defense after Arbery attacked him with fists and tried to grab his shotgun.