The outlet reported that Bieber previously held the top spot for a consecutive 190 days, clocking in at 83.3 million monthly listeners when he claimed the title in August 2021.

Despite not releasing an album in 2021, Abel was right on Bieber’s heels even back then, holding down the second spot on the list up until Saturday’s shuffle.

The accomplishment comes the day after Dawn FM set a new Billboard Global 200 chart record, making Abel the solo male artist with the most songs ever charting on the list simultaneously with 24 songs.

While Abel has eclipsed his fellow Canadian pop star for the monthly Spotify crown, the all-time title still belongs to Bieber, whose monthly listeners record peaked at 94.7 million during his reign according to a Twitter account dedicated to reporting Bieber’s Spotify statistics. 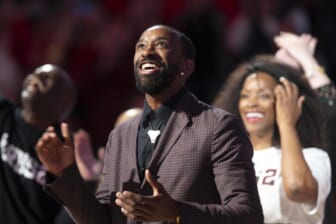 Also Read:
Russ Smith all smiles as Louisville retires his No. 2 jersey

Both artists remain two of music’s brightest contemporary stars, with Abel’s latest release drawing comparisons to one of the biggest albums in music history just days after its Jan. 7 release.

As previously reported, legendary producer Timbaland enjoyed Dawn FM so much that he said it reminded him of Michael Jackson‘s biggest album, Thriller.

The four-time Grammy Award-winner posted a video on social media following the album’s release to give his co-sign. With the album’s second single, “Sacrifice,” playing in the background, Timbaland expressed how he felt about the music.

“Yo. This album’s different, yo,” Timbaland said in his video post. “This s— right here, this on some ‘Thriller’ s—-. Trust me when I tell you. And the way he dropped this shit, yo… congrats. This shit is amazing.”

Although Timbaland has an extensive connection to Jackson’s music, having produced a majority of his 2014 posthumous album, Xscape, many have criticized Timbaland’s hot take on social media, including legendary musicians Bryan-Michael Cox and Quincy Jones.

Despite the public backlash towards Timbaland for his posts, Abel might have actually been aiming for Jackson’s sound with Dawn FM. 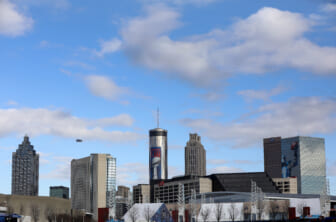 During the album recording process last year, Abel posted photos of himself inside of Westlake Audio studios in California, the same studio where Jackson and Jones recorded Thriller, as well as the bookending multi-platinum albums, 1979’s Off The Wall and 1987’s Bad.

In a recent interview with GQ, Abel talked about the comparisons to Jackson which have followed him throughout his career. He stated that while he “invited” the comparisons at first, his thinking shifted to a desire to take the baton from Jackson’s influence in order to inspire the next generation of R&B singers.

“How do I become that for someone else? Because I know James Brown was that for Michael,” he said. “And I’m not trying to say I’m Michael’s successor or whatnot. But I’m excited to be the first Weeknd.”