Billionaire MacKenzie Scott has wasted no time in sharing her fortune since divorcing Amazon founder Jeff Bezos in 2019.

Upworthy.com reports that Scott, 51, in under two years donated more than four times her ex-husband’s total lifetime donations, and on the receiving end of the funds were about 780 charitable organizations and institutions — including several groups working for racial equity and Black-focused community support.

“Higher education is a proven pathway to opportunity, so we looked for 2- and 4-year institutions successfully educating students who come from communities that have been chronically underserved,” wrote Scott in a June 2021 post on the digital blog Medium where she chronicles her donations.

“Discrimination against ethnic and religious minorities has been deepening, so we assessed organizations bridging divides through interfaith support and collaboration,” she added. 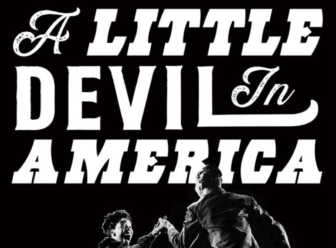 According to Forbes, Scott is already among the United States’ most philanthropic billionaires ever, having given away at least $8.6 billion in under two years, a faster pace than any billionaire in history.

Scott explained in June 2021 that her philanthropic efforts are an attempt to “give away a fortune that was enabled by systems in need of change,” adding that “it would be better if disproportionate wealth were not concentrated in a small number of hands.”

“Though we still have a lot to learn about how to act on these beliefs without contradicting and subverting them, we can begin by acknowledging that people working to build power from within communities are the agents of change,” Scott wrote. “Their service supports and empowers people who go on to support and empower others.”

Scott has additionally shown support for organizations working to foster community-based arts and cultural education, including the Art for Justice Fund, the ​​Arts for Healing and Justice Network, the Atlanta Music Project and more.