Hayes has been charged with domestic violence, resisting arrest, and assaulting a police officer

Hayes, 21, was charged Monday with domestic violence, resisting arrest, and assaulting a police officer during his arrest in July following a dispute at his home in Woodland Hills, a neighborhood in Los Angeles.

The officers went to Hayes’ home on July 28 around 3 a.m. after his girlfriend’s cousin called 911, Associated Press reported. The cousin said Hayes’ girlfriend was sending her text messages saying he had become loud and violent and she was scared.

When the Los Angeles police arrived Hayes, who was not armed, told officers he and his girlfriend “were just having a little argument. She was throwing some stuff at me.”

He allegedly became argumentative and a police officer’s elbow was injured when Hayes shoved him into a wall. Police used a Taser to subdue him.  A month after Hayes’ arrest, police released body camera footage of the confrontation. The nearly 15-minute, edited video includes the 911 call and footage from multiple officers’ body cameras. 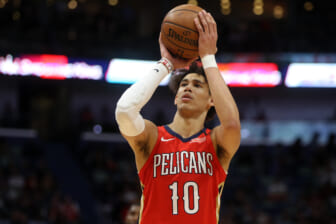 The video shows Hayes’ calmly speaking with the police in his driveway with his cousin standing nearby. But when he’s denied reentry into the house by police, he becomes irate while his cousin tells him to calm down. One officer pushes Hayes and his cousin holds him back.

“You’re not gonna kick me out of my house, bro,” Hayes told the officers.

The police separate the men and grab Hayes’ arms and the cousin pleads with him not to resist the police.

“Stop resisting or I’m gonna tase you!” an officer yells several times as Hayes struggles on the ground. The officer alternates pressing a hand and knee to Hayes’ neck. Hayes’ girlfriend comes out of the home and screams “Stop! Stop! What are you doing?”

“Stop resisting or I’m gonna tase you!” the officer yells as Hayes gasps “I can’t breathe.”

The officer fires the Taser twice, once on Hayes’ chest and once on his buttocks, before he is able to handcuff him.

Hayes suffered injures during his struggle with police and was treated at a hospital before he was booked at the Van Nuys Jail and released on a $25,000 bond, according to reports.

Hayes was officially charged on Jan. 20 by the Los Angeles City Attorney’s Office with multiple domestic violence counts, along with vandalism, trespassing, resisting arrest, and battery of a police officer. 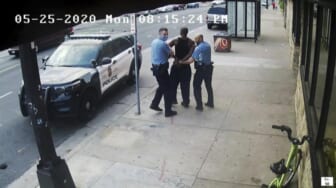 “Since before the charges were filed, the Pelicans have worked in conjunction with the NBA on the matter and will continue to do so moving forward,” the Pelicans said in a statement.

Hayes was drafted eighth overall out of Texas in 2019. He is the son of former NFL tight end Jonathan Hayes, who played for Kansas City and Pittsburgh. The younger Hayes played one season for the Longhorns before turning pro.