Samuel L. Jackson responds to claims that he’s in a photo with Martin Luther King Jr.: ‘That’s not me’

A Jackson lookalike was shown in a late 1960s photo of Dr. King, alleged to be the Oscar-nominated actor

Just a few days after Dr. Martin Luther King Jr. Day, a photo of the late civil rights leader playing pool was posted online. While the image of the Nobel Peace Prize winner engaging in such as way is refreshing, one of the more interesting claims about the photo is that it also features Samuel L. Jackson.

Well, the actor saw the picture and confirmed that the man in the photo isn’t him.

Dr. Martin Luther King, Jr. shooting pool in 1966. Samuel L. Jackson, who was a freshman at Morehouse College at the time, is in this photo. pic.twitter.com/R3YUVxWv7k 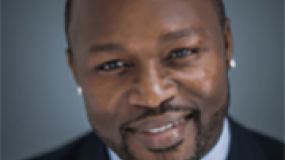 Activist Zellie Imani posted the photo of King at a pool hall, identifying Jackson in a Twitter post, writing “Dr. Martin Luther King, Jr. shooting pool in 1966. Samuel L. Jackson, who was a freshman at Morehouse College at the time, is in this photo.”

Indeed, on the far left, there is a man wearing glasses and a cap and it certainly looks like the Academy Award-nominated actor. However, Jackson put the speculation to bed, replying, “Okay, I met Dr King, but not at a pool hall. That’s NOT me!!”

Imani then replied, “Lol! Whoops!” Despite the gaffe, when another Twitter user suggested that he remove the “misleading” photo, he stated that he was going to leave it up.

“Naw, im keeping it. So that if others see this picture and are told it’s him, they can always go back to this tweet saying it’s not.”

Jackson was, indeed, attending Morehouse College as an undergrad late in King’s lifetime. In fact, Jackson revealed during an interview with The Hollywood Reporter that he actually attended King’s 1968 funeral services, held at Ebenezer Baptist Church and at Morehouse. Jackson was a sophomore at Morehouse at that time.

“They needed volunteers to help people find their way around campus, and I became an usher,” Jackson said. While he said that much of the funeral was “a blur,” he was able to remember seeing icons in attendance.

“I remember Mahalia Jackson singing. I’d been listening to her all my life, so it was great to hear her sing “Precious Lord, Take My Hand” live. I remember seeing people like Harry Belafonte and Sidney Poitier.”

These days, when not cruising on Twitter, Jackson, 73, is as busy as ever. He is currently on-location in Leeds, England, shooting for the forthcoming Disney+ series, Marvel’s Secret Invasion, according to the BBC. He is reprising his role as Nick Fury, the cunning, elusive ex-director of S.H.I.E.L.D., an agency allied with Marvel superheroes like Iron Man, Captain America, Black Widow, and Captain Marvel.

The series co-stars Emilia Clarke, Ben Mendelsohn, Olivia Colman, and Cobie Smulders, and will be six episodes long. Shooting began last September and the series is slated to premiere in late 2022. Jackson has appeared as Fury in 11 Marvel films, beginning with 2008’s Iron Man.