OPINION: Come election time, if Black people can’t win, then neither should candidates who only deliver empty promises. 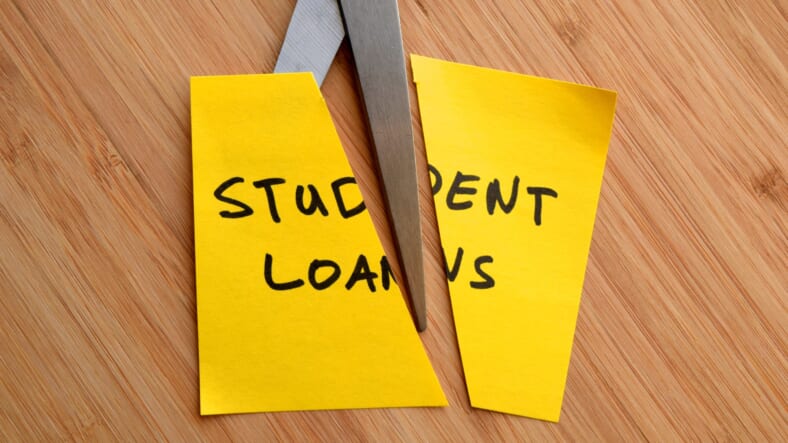 Racism doesn’t always show up with tiki torches and epithets; more often it manifests as disregard. Black voters ostensibly matter during political campaigns, but once in office, more often than not, politicians devalue the Black labor, input and demands that propelled them to victory. Democratic politicians, in particular, owe a political debt to Black voters.

While on the campaign trail, Joe Biden stated, “We should forgive a minimum of $10,000/person of federal student loans.” Doubling down, Biden campaigned on the Biden-Sanders Unity Task Force which pledged to “Forgive all undergraduate tuition-related federal student debt from two- and four-year public colleges and universities [and HBCUs and MSIs] for debt-holders earning up to $125,000.” 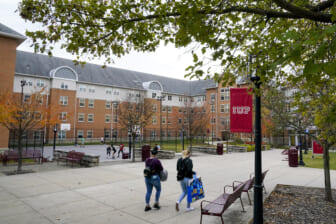 Biden has yet to fulfill that promise. Instead, the administration insisted that borrowers begin repaying student loans after the pandemic is over. But the epidemic of racism won’t dissipate with the virus. The reticence to cancel student debt erodes the quality of life for Black people.

Black voters are suffering under student loan debt. The 1.7 trillion in outstanding student debt is a problem for many racial groups. But most student debt is held by households with zero to negative net worth, a group in which, due to ongoing and systemic racism, Black people are overrepresented. An estimated 19 percent of Black-American families have zero to negative net worth compared to 8 percent of white families.

Black voters are incensed because they have higher loan balances than they did originally. These increased loan balances weigh down entire communities, particularly Black majority neighborhoods, by lowering the disposable income and decreasing the investment opportunities of Black residents. Regardless of their income after graduation, Black borrowers carry more student debt, pushing down their creditworthiness. Secretary of Housing and Urban Development Marcia Fudge acknowledged that high student loan debt makes owning a home untenable. Black people with college degrees have lower homeownership rates than white high school dropouts. This is why Black-led organizations, including the NAACP, have pushed President Biden to cancel as much student debt as possible.

Biden’s campaign promises meant something to the Black voters who helped deliver a presidential victory. According to a poll sponsored by the civil rights organization Color of Change, 40 percent of Black voters are unwilling to vote for a candidate who opposes eliminating student loan debt, compared to 37 percent of all Democratic voters. Politically, Biden should have signed the executive order to cancel student debt on his first day in office.

On Dec. 10, 2021, White House press secretary Jen Psaki stated, “A smooth transition back into repayment is a high priority for the administration.” The announcement dealt a blow to many of Biden’s supporters, but it especially deflated and angered the civil rights groups, Black-led get-out-the-vote organizations and Black voters who overwhelmingly voted for the president. The Biden administration’s about-face on debt cancellation not only ignores the on-the-ground reality that Black people face, it also perpetuates myths upheld by researchers and policy analysts who are against cancellation.

Former Department of Treasury Deputy Assistant Secretary for Tax Analysis Adam Looney has argued that student debt cancellation is regressive—that it will primarily help the rich. Looney believes that student loan debt should not be canceled because “persistently poor individuals” will eventually have their student loans discharged through income-driven repayment, which has forgiven a whopping total of 32 student-loan borrowers; the Public Service Loan Forgiveness program, which has forgiven the debts of 0.7 percent of eligible borrowers; or expungement due to death.

Analyses like these ignore the durable discrimination that prohibits Black people from accumulating wealth and sidesteps a racial wealth divide created by structural racism. Higher levels of student loan debt among Black people are directly related to structural racism. Loans impact households beyond what they pay month-to-month; they prevent borrowers from starting their families, purchasing homes or opening businesses.

Failing to cancel debt ignores the intergenerational wealth transfer in higher education that more affluent Americans enjoy. Federal and state governments spend billions of dollars each year tax-subsidizing the highest income households’ use of 529 plans to pay for their children to go to colleges debt-free. Where are the policymakers and researchers who want to find solutions for working-class, low-wealth Americans who deserve similar relief?

President Biden claims that he wants to narrow the racial wealth gap and to build Black wealth. Canceling student debt can do that. Brookings research has shown that the more debt that is canceled, the more the racial wealth gap is closed. Canceling $50,000 would go a long way to helping low-wealth families, especially Black ones. President Biden has the control to fulfill campaign and in-office promises, build Black wealth and kick the economy into full gear. According to legal scholars, Biden has the power to cancel student debt, as he has for students who attended for-profit, predatory institutions and veterans. He can eliminate more via executive action. 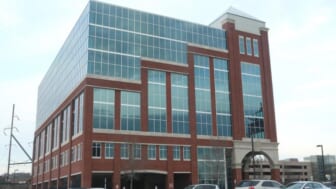 By canceling all student debt, or at least $50,000, President Biden would be facilitating his larger agenda and addressing the moral failures of past presidents. Nevertheless, Black people should no longer hope for the politicians to see the fiscal and moral benefits of canceling student debt. The future of student debt is literally and figuratively in Black peoples’ hands. Come election time, if Black people can’t win, then neither should candidates who only represent them with empty promises.

Andre M. Perry is a senior fellow at the Brookings Institution and is the author of Know Your Price: Valuing Black Lives and Property in America’s Black Cities.

Wisdom Cole is the National Director for Youth & College for the NAACP.

Carl Romer is a data analyst at the California Policy Lab at UCLA.