The first all-female, all-Black Caribbean team to row across the Atlantic hopes to make history again in a new rowing challenge

Team Antigua Island Girls rowed their way into the history books when they became the first all-female Caribbean team to complete the grueling Talisker Whiskey Atlantic Challenge, and the first all-Black team to row across the Atlantic in 2019. Now, the team of four says they’re ready for their next challenge.

At a press conference held at The Antigua and Barbuda Football Association’s Headquarters on Jan. 24, Team Antigua Island Girls announced that they would be taking to the high seas once again, but this time to row across the Pacific Ocean.

The Pacific Challenge is a 2,800 nautical mile race from Monterey Bay in California to Nawiliwili Harbor in Kauai, Hawaii beginning on June 12, 2023.

With the tagline “Back on the Row Again,” the history-making team, made up of Elvira Bell, Kevinia Francis, Christal Clashing and Samara Emmanuel, officially launched their Pacific2023 campaign. They will be among 20 participating teams in the inaugural Pacific Challenge. 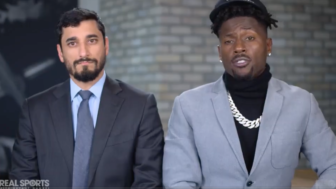 “Our first row paid homage to our forebears—taking us as it did across the Transatlantic slave route. This row in the Pacific will connect us to another island culture—one that is intimately intertwined with the ocean. We are excited to row in those waters and learn from Hawaiian culture,” the team said in a press release.

“We knew we wanted to do another adventure individually and collectively. We are adventurous but more than that, stepping out of our comfort zone and inspiring others especially women and girls has been a great achievement for us and that is something that we want to continue to do,” Francis told the Antigua Observer.  “So, when Atlantic Campaigns told us about this new Pacific Challenge, we asked why not.”

Now that the Pacific2023 campaign has officially launched, fundraising activities will soon begin in order to raise the roughly $129,000 needed for the team to cover things like the purchase of a boat, travel costs and entry fees.

The team of four has also begun training both physically and mentally for the experience. They said that their inaugural experience taught them that it takes more mental strength than physical strength to get to the finish line. 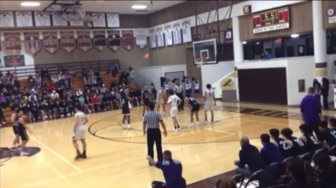 They hope to break the fastest female record which was set by the Ocean Sheroes who completed their row across the Pacific in 35 days, 14 hours and 32 minutes.  The average crossing time for all crew sizes is 62 days.

Just as they did in 2018, Team Antigua Island Girls said they will be rowing for a cause. They will raise funds for their non-profit, Team Island Girls, which serves underserved communities in Antigua and Barbuda. Funds raised during the Pacific Ocean campaign will go towards a project to help girls that need legal assistance.