Political differences aside, Dems are looking to come together for the next Supreme Court nomination

Democrats in Congress have fractured repeatedly over President Joe Biden‘s agenda, stalling legislation and creating an atmosphere of mistrust that has made it increasingly difficult for progressives and centrists to work together.

But one area where the party has not cracked, not even an inch, is on Biden’s nominations to the courts.

That ironclad unity has helped Biden appoint the most judges during the first year of a presidency since John F. Kennedy. The achievement is giving Democrats hope that the coming fight over the Supreme Court seat will allow them to go on the political offensive and move past an ugly stretch of legislating that depressed their base.

But unity is far from assured as Republicans prepare to oppose what they predict will be a “radical” Biden pick to replace the retiring Justice Stephen Breyer.

As always, two Democratic senators will be the center of attention: Joe Manchin of West Virginia and Kyrsten Sinema of Arizona. 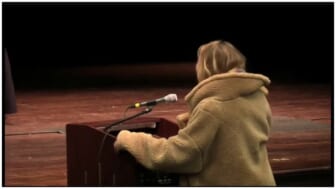 While their opposition to changing Senate rules stalled the party’s signature voting legislation this month, they have been reliable votes on Biden’s nominees to the courts. Indeed, in the 44 roll call votes held so far on Biden’s judicial picks, there has yet to be a single Democratic defection.

That streak bodes well for the future nominee in the 50-50 Senate, where Vice President Kamala Harris would break any ties. If Democrats are able to stay together, Republicans would lack the power to stop Biden’s pick from being confirmed. Supreme Court nominees can no longer filibustered, thanks to a rules change put in place by GOP leader Mitch McConnell of Kentucky, making party unity the path to certain victory.

On this particular vote, analysts suspect that Democrats will have a better chance of staying united than Republicans.

“I’d say the progressive wing probably has less to worry about than McConnell & Company,” said Russell Wheeler, a visiting fellow at the Brookings Institution who closely tracks the judicial nomination process. “But you just never know.”

Yet the news of Breyer’s pending retirement — he plans to leave at the end of the court’s term — drew cautious, noncommittal responses from both Sinema and Manchin.

Sinema tweeted that she would examine Biden’s pick on three criteria: “whether the nominee is professionally qualified, believes in the role of an independent judiciary, and can be trusted to faithfully interpret and uphold the rule of law.”

Manchin told a local radio show, Talkline, that he would evaluate whether the nominee has the disposition to work with other justices and that “a lot of it will be the character of the person.” Asked if he could support someone who was more liberal than himself, Manchin responded that “as far as philosophical beliefs, no, that will not prohibit me from supporting somebody.”

Outwardly, progressive groups don’t sound worried about the prospects of Manchin or Sinema tanking Biden’s pick. The president has promised to nominate a Black woman — that would be a first for the court — and a short list of top contenders has quickly emerged.

“Frankly, I am very confident that President Biden’s nominee will be confirmed because, as he has with the lower court nominees, he’s going to put forward somebody with unimpeachable credentials who’s eminently qualified,” said Daniel Goldberg, the legal director at the Alliance for Justice, a liberal advocacy group that closely tracks and weighs in on judicial nominees.

During the presidency of Donald Trump, Republicans worked with assembly line-like precision to install more than 230 judges on the court, including three Supreme Court justices. Most gallingly to Democrats, Republicans refused to consider President Barack Obama’s early 2016 choice of Merrick Garland, then a federal court judge and now Biden’s attorney general, to serve on the Supreme Court after the death of Justice Antonin Scalia. McConnell said voters, with a White House election coming that fall, should weigh in to determine which president they trust to fill the vacancy. Yet four years later, Republicans voted to confirm Amy Coney Barrett to the high court just days before 2020 presidential election.

The GOP’s actions gave the court a solid 6-3 conservative majority, an ideological tilt that will remain in place even after Breyer is replaced.

Democrats have responded with an added sense of urgency on judges now that they have the Senate majority. Obama, who inherited a fiscal crisis, had just 12 judges confirmed his first year. Trump had 22. Biden had 42.

The spotlight as Biden considers replacing Breyer will not just be on swing Democratic votes. Biden has also had success in attracting GOP support for many of his nominees.

Among Republicans, Sens. Susan Collins of Maine, Lisa Murkowski of Alaska and Lindsey Graham of South Carolina have voted for a significant majority of Biden’s judicial nominees and will be closely watched throughout the process.

But Collins said she wants ample time for questions, review and consideration. Democrats have talked of moving as quickly as possible, using the rapid confirmation of Barrett as a model.

Democrats are eager for Biden to make his selection so they can get started. Biden said he will put forward a nominee by the end of February.

“Our process is going to be rigorous,” Biden said Thursday. “I will select a nominee worthy of Justice Breyer’s legacy of excellence and decency.”

After stumbles on the president’s domestic agenda, including the now-delayed $2 trillion social and environment bill, some Democratic strategists believe the Supreme Court battle could help galvanize the party’s voters before an election season when Republicans are growing ever more confident about their prospects.

“I think it will be a big plus with African American voters, and women and younger voters, there’s no question about it,” said Bill Carrick, a Democratic political consultant based in California. “Historically, Democrats have not focused as much on the court as Republicans, but in this circumstance, it’s very different.”

Carrick said it is different this time because people have seen how Republicans under Trump went to such lengths to secure a conservative majority. Plus they now see a threat of the landmark Roe v. Wade decision providing abortions rights being overturned. He said California has several competitive House races this year where he believes abortion rights will play a role. 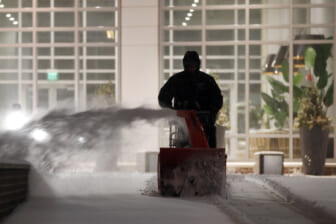 “Sometimes it’s not been a relevant issue,” Carrick said of abortion. “But I think in this case it’s going to be.”

The Supreme Court signaled last month in a case from Mississippi that it could roll back abortion rights and possibly overturn the Roe v. Wade decision. A ruling is expected later this year.