"For too many years, law enforcement in Philadelphia have treated Black and Brown people like they are expendable," said criminal lawyer Michael Diamondstein.

Willie Stokes, a 60-year-old Philadelphia man recently freed after 37 years in prison for murder, is suing the city for “outrageous police misconduct,” according to a lawsuit.

Stokes’ conviction was vacated after it was revealed that the witness, Franklin Lee, said that he gave a false statement to Philadelphia police in exchange for “sex, drugs, and a deal.”

Lee was facing his own murder and rape charges in 1984 when he was offered a short sentence in exchange for his testimony. “They said I wouldn’t do no more than two to five, the most seven years,” he said.

Lee’s testimony was the only thing that linked Stokes to the 1984 dice game murder of Leslie Campbell in North Philadelphia. During the trial, after Lee recanted his story in which he said that Stokes had admitted to killing Campbell, prosecutors said that he was not credible.

Despite that, Stokes was convicted of first-degree murder and possession of an instrument of crime and was sentenced to life in prison without the possibility of parole on August 21, 1984. Lee was later charged with perjury, though Stokes was unaware of it until 2015. 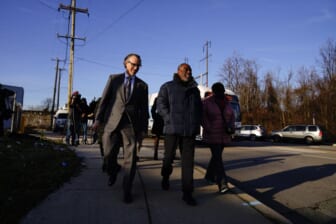 Also Read:
Man released from prison after 37 years due to false testimony

After a federal judge found prosecutors suppressed evidence of false testimony by Lee, Stokes was released earlier this month.

“I fell weak and went along with the offer,” Lee told the judge in November.

“They used perjured evidence to convict him and then charged the perjurer, and never told him. And then Willie was warehoused for 38 years,” said criminal lawyer Michael Diamondstein.

“What happened here was an abomination,” Diamondstein said. “For too many years, law enforcement in Philadelphia have treated Black and brown people like they are expendable and this case is a stark reminder it has to stop.”

“The cases needed to be closed. The inner city minority were interchangeable, as long as you had someone in the defendant’s chair,” he said.

The two detectives who allegedly convinced Lee to give false testimony are now deceased, but they faced various allegations for their use of “coercive methods” throughout their careers in law enforcement, according to court documents. Stokes’ lawsuit names their estates as defendants. 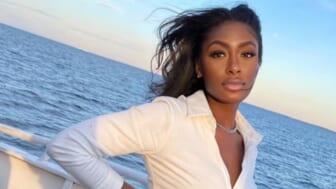 Stokes last saw his only child, a daughter, when she was two years old and he was on the way to prison. According to the report, she died about 20 years ago, but Stokes was not allowed to attend the funeral.

He now lives with his mother in her “beautiful three-story house.”