After breaking the news with boyfriend A$AP Rocky last week, Rihanna is sharing more intimate pictures with her fans.

Bajan singer, beauty maven and entrepreneur The Right Excellent Robyn Rihanna Fenty is having a baby and, by the looks of things, sharing her journey with fans.

After her baby-bump announcement with boyfriend A$AP Rocky in Harlem last week broke the internet, the Grammy Award-winning superstar is sharing more intimate photos on her social media.

The 33-year-old Fenty founder shared a close-up photo of her baby bump on Instagram on Wednesday. The new picture was captioned “How the gang pulled up to black history month,” and it was the first of several. The other pictures had been previously published.

The soon-to-be-mommy gazed down at her tummy, wearing a football jersey and a pair of leather gloves.

“Having a baby is something she was never focused on, but being with Rocky opened her up to the idea. She couldn’t be happier and is so excited to be a mom,” a source close to the couple told PEOPLE on Monday. “She’s loving all the changes to her body during pregnancy and has always celebrated pregnant women in her runway shows for Fenty.” 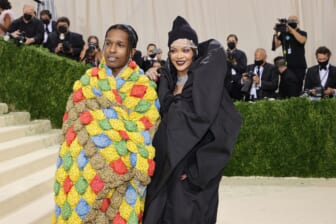 “From the very beginning, he’s doted on her,” another source reportedly told the outlet. “He’s over-the-top romantic and sends her roomfuls of flowers all the time.”

“They always have fun together,” a third person close to couple said. “They joke and act goofy. They enjoy life and like to travel. They love being together and are the loves of each other’s lives.”

The powerhouse couple announced their relationship in November 2020, declaring they had been quarantining together during the coronavirus pandemic.

Earlier this year, Rihanna announced that her Clara Lionel Foundation is donating $15 million to several organizations working to combat the effects of climate change, according to a press release. 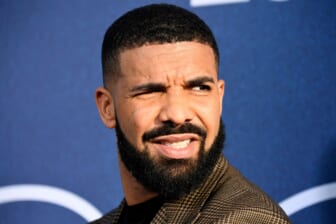 The foundation is partnering with former Twitter CEO Jack Dorsey’s #StartSmall initiative to commit a $15 million donation to aid in the climate justice movement both in the U.S. and the Caribbean. Together, they are hoping to help create policy change and equitable systems by offering grants to organizations led by or focusing on Black or Indigenous women, people of color and LGBTQIA+ figures and communities.

“At the Clara Lionel Foundation, much of the work is rooted in the understanding that climate disasters, which are growing in frequency and intensity, do not impact all communities equally, with communities of color and island nations facing the brunt of climate change,” Rihanna said in a statement. “This is why CLF prioritizes both climate resilience and climate justice work across the U.S. and Caribbean.”