Gerrick Kennedy on ‘Didn’t We Almost Have it All’ book, Whitney Houston’s legacy and more

The book, which was released this week, is described as "an exploration of the duality of Houston's life" from her public persona to the woman underneath it all

On the latest episode of Acting Up, theGrio‘s Cortney Wills sits down with author Gerrick Kennedy of Didn’t We Almost Have it All, the new book which is an examination of the life of one of the greatest artists in music, Whitney Houston. 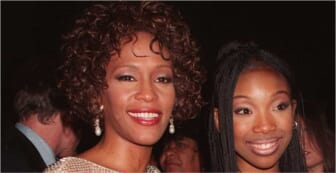 The book, which was officially published this week, is described as an “exploration of the duality of Whitney’s life as both a woman in the spotlight and someone who often had to hide who she was.”

By contextualizing her career, this book is far from a simple biography or tell-all, and feels like, what Wills described as, “a collective apology,” to a beloved icon. On Acting Up, Gerrick revealed he worked “really hard” to do something different that simply doesn’t exist for this music legend.

Through this book, Kennedy shared he was able to work through his own grief, and in a way, his own guilt when it comes to Houston and how celebrity culture has evolved. “I think there is a way in which we inadvertently are all complicit in how we treat these people,” he explained.

“I thought so much about that last tour that she had and having to write a piece about it…and that’s news, its huge news but it’s also somebody at a really low point.” 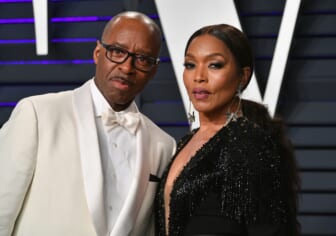 Kennedy explained that he truly wanted to dive into how, “the way in which our relationship with Whitney is still rooted in tragedy, and her tragedy but also in our judgment of it.” Through diving into not only her history but how that is connected to us as an audience, Kennedy shares that he hopes the book, “is permission for people to celebrate her in a particular kind of way.”

One particular chapter, “Miss America The Beautiful: The Burden of the National Anthem and the Politics of Whitney’s Blackness,” dives into Whitney being an “acceptable” Black woman in all of media. Breaking down this aspect, Kennedy explained, “Yes, she was loved by the world, absolutely. But you are lying to yourself if her story is not rooted in racism.” He added that he hoped to break down, “the price she paid,” for being beloved around the world.

Didn’t We Almost Have it All is available now where books are sold. The latest episode of Acting Up, featuring Gerrick Kennedy is available to stream now.