The initiative highlighting  the food, culture and contributions of the African diaspora focuses on Black health and wellness in its second year.

Taste the Diaspora is a grassroots initiative that celebrates the cuisines of the African diaspora. For the second year in a row, the Detroit-based collective will sell healthy “shoebox lunches” during Black History Month to highlight the often overlooked Black contributions to American cuisine. The initiative also supports local chefs and food workers hard hit by the pandemic.

“We are excited to build on what we’ve learned and harness the incredible energy this initiative created so that we can make an even greater impact on our community in 2022 and beyond,” said Taste The Diaspora co-founder, Raphael Wright, in a news release, according to Eater Detroit.

Each week during the month of February, a different menu will be prepared by Black chefs and restaurant owners around Detroit. Creole, Caribbean, African and American Southern-inspired dishes will be sold as a shoebox lunch, in recognition of the food boxes that were a necessity for Black travelers during the Jim Crow era. Rather than risk a hostile encounter at unwelcoming restaurants, they would pack their lunches in a shoebox or another container to bring on their travels.

Taste the Diaspora was founded last year by Wright and chefs Ederique Goudia and Jermond Booze. The initiative was an instant hit as the 400 shoebox lunches planned for the inaugural year sold out in just three days. 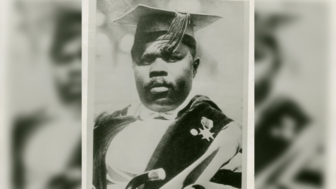 Since then, the trio has helped to promote Black-owned restaurants during the COVID-19 pandemic and fight food insecurity in Detroit’s underserved neighborhoods. They also donated over $8,000 in relief contributions for individuals in Wallace, Louisiana, who were impacted by Hurricane Ida.

“Black people have been disproportionately affected by the COVID-19 pandemic and we already suffer from negative health outcomes more than other groups,” Booze said in a press release according to the Detroit Metro Times. “So much of that can be traced to diet. I can’t think of a better way of supporting the health and wellness of our people than by providing nourishing food while lifting up the Black-owned businesses that supply and create it.”

The theme of this year’s Taste the Diaspora shoebox lunch project is Black health and wellness, which is what the Association for the Study of African American Life and History has identified for this year’s Black History Month’s focus. 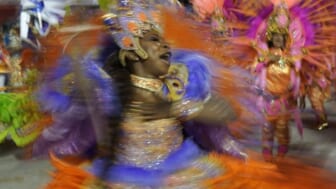 Also Read:
Carnival in Trinidad is still a go!

Taste the Diaspora lunches cost $35 each and will feature a salad, soup, entree, and a drink called “Electric Kool-Aid,” which is actually full of immune-boosting ingredients like sea moss, hibiscus, and soursop. Participating businesses that will make the dishes each week include Flavors of Jamaica, Baobab Fare, Fried Chicken & Caviar, Experience Relish, and others.

In addition to selling shoebox lunches, organizers have teamed up with Detroit’s City Institute to launch a city-wide scavenger hunt aimed at sending residents to 35 Black-owned businesses. Participants can download a clue sheet starting Feb. 11.