City officials have tasked the leaders of their local Black History Museum & Cultural Center with deciding the fate of many of those statues, a choice that could take years, according to Marland Buckner, the museum’s interim director. 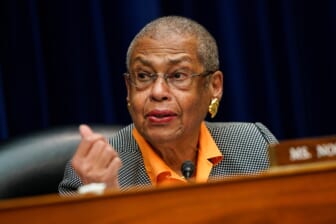 “The first thing to remember is we are going to be very patient, mindful and deliberate about this process,” Buckner recently told the Richmond Times-Dispatch. “We are not rushing into what will be a multiyear community engagement process.”

Richmond is the former capital of the Confederacy where a statue of Confederate Gen. Robert E. Lee was erected in 1890.

The sculpture was the centerpiece of what became known as Monument Avenue, a 14-block stretch of road that previously was lined with enormous monuments honoring former leaders of the Confederacy and its army.

In June 2020, after civil unrest erupted in Richmond following the police murder of George Floyd, former Virginia Gov. Ralph Northam, a Democrat, issued an order for the Lee statue to be removed.

A group of monument supporters responded by suing to block the statue’s removal, but Virginia’s Supreme Court ruled against them in September, according to the Washington Post.

City council members in Richmond authorized the removal of several other Monument Avenue Confederate statues last summer, according to the Richmond Times-Dispatch.

In December, leaders in Charlottesville, Virginia, where the deadly white supremacist Unite The Right rally took place in 2017, announced plans to melt down their city’s Robert E. Lee statue and turn it into a work of public art, according to CNN. 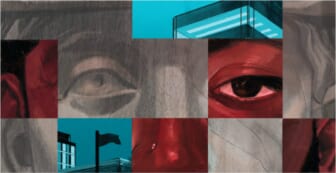 Buckner hasn’t ruled out doing something similar to the statues for which his museum is responsible.

“Everything’s on the table,” he said.

Detractors have questioned why the fate of Richmond’s monuments should be decided by a Black history museum, according to the Richmond Times-Dispatch. Buckner rebuffed such criticism.

“Folks who have trouble understanding that have obviously never been in a position to fully understand at an immediate, personal level precisely what those monuments were designed to do,” he said.