Keisha Lance Bottoms to join CNN as a political commentator

'I am thrilled to officially announce that I have joined [CNN] as a political commentator' Bottoms tweeted Monday morning.

Former Atlanta Mayor Keisha Lance Bottoms will be joining CNN’s lineup of political commentators in the near future, according to her Twitter account.

“I am thrilled to officially announce that I have joined @CNN as a Political Commentator,” Bottoms tweeted Monday morning. 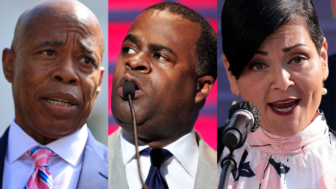 The 52-year-old Democrat announced in May of last year that she would not seek a second term as mayor of Atlanta. Bottoms is a married mother of four who worked as a lawyer, a magistrate judge and a two-term Atlanta city council member before winning the city’s mayoral race in 2017, according to NPR.

She was on President Joe Biden‘s shortlist of vice presidential candidates in 2020 after endorsing the former U.S. Senator from Delaware, according to the New York Times.

She’s also a Florida A&M University graduate who grew up in the Georgia capital city where CNN’s headquarters is located before pursuing careers in law and politics. 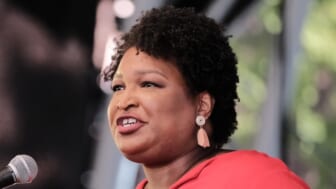 Also Read:
A maskless Stacey Abrams gets GOP fired up

Bottoms told her Twitter followers on Monday that landing a job at CNN is a dream come true.

“As a @FAMU_1887 student, I applied for the coveted VJ program at @CNN and didn’t get in,” she tweeted. “To now join the team nearly 30 yrs later is a reminder that a dream deferred is never a dream denied.”

CNN‘s parent company WarnerMedia did not immediately respond on Monday to an emailed request for comment.