Sharpton called Rogan's apology "good, but with the apology must come some penance,” the longtime activist and MSNBC host told TMZ.

Rev. Al Sharpton was recently stopped on the streets of New York, and he gave his opinion on the controversy surrounding podcast host Joe Rogan, who was slammed for using the N-word multiple times over the years on his show, The Joe Rogan Experience.

“Well, the apology’s good, but with the apology must come some penance,” the longtime activist/MSNBC host replied. “What is he going to do in order to show that he’s sincere? This is not one or two times; this is many times. So all of us have used slang or used words that we have to later apologize for and say that wasn’t right. We’re not talking about a long time ago, and we’re not talking about one, two, three, four times … we are talking about multiple times using a media outlet.”

It was India.Arie who declared she was leaving Spotify days after Rogan and his guest Jordan Peterson debated skin tone and what Black really means, as previously reported.

However, in her now-viral Instagram post, the singer noted that while other artists like Neil Young and Joni Mitchell chose to leave Rogin’s host platform due to his persistent COVID disinformation, she left due to Rogan’s rampant racism and use of the N-word.

TMZ asked Sharpton: “Now are you saying that maybe [Rogan] should be meeting with some Black leadership, maybe like yourself?”

“It’s not about a meeting,” Sharpton says. “It’s about what he would want to do to show the community that he’s offended that he is seriously sorry. Meeting with us is not the answer. He should decide what he’s willing to do. We’re not lonely, we’re not looking for a meeting. We are looking for a penance. When we have seen people in our community do wrong, they have had to do things… like work with those communities, do projects in those communities. He’s not above that.”

Sharpton notes that “what is so troubling with all of this is Spotify seems to be standing by him and would have done nothing about this if India.Arie hadn’t brought it up. So it wasn’t like he came and threw himself on the altar and confessed; he was exposed.” 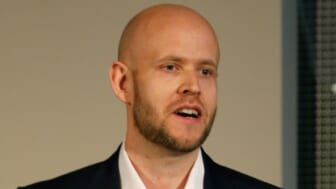 Also Read:
Spotify CEO condemns Joe Rogan’s use of slurs, but says he won’t silence him

TMZ asked Sharpton if he thought Rogan’s apology was sincere. He responded, “Words only have meaning if actions follow it.”

Sharpton said he wouldn’t “mourn” if Spotify removed The Joe Rogan Experience, adding that the fact that the company has allowed some very “reputable” people to leave and keep him there “says a lot about them.”