Sean Forbes and Warren “WaWa” Snipe will serve as American Sign Language (ASL) interpreters for the performances, as reported by Variety. The two will appear alongside Dre, Snoop Dogg, Mary J. Blige, Kendrick Lamar, and Eminem to sign their performances. This is will be the first time ASL interpreters will be formally incorporated into the halftime performance of the NFL’s biggest game. 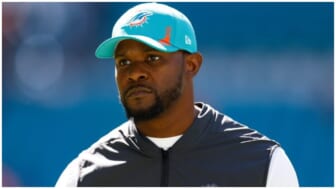 “The doors to accessibility are busted wide open with something like this,” Forbes said. “So this is very much a full-circle moment, being from Detroit, being part of the Eminem camp — or even going back to being 12 and listening to N.W.A, Dre, and Snoop on my Walkman. My goal is to get out there, show what we can do, and have fun. And I want to open the door for other deaf performers.”

Snipe has previous experience as a sign interpreter for the Super Bowl. For last year’s big game, he signed during the “Star-Spangled Banner,” performed as a duet between Grammy-nominated R&B singer Jazmine Sullivan and Grammy-nominated country singer, Eric Church. 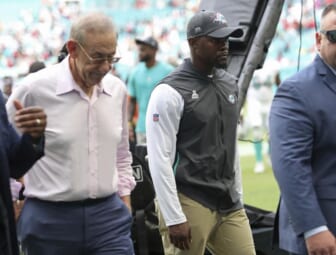 For this year’s Super Bowl, the National Anthem will be performed by country artist Mickey Guyton. Six-time Grammy nominee Jhene Aiko will sing “America The Beautiful” while Grammy-winning gospel duo Mary Mary will take on the Black National Anthem, “Lift Every Voice and Sing.”

For Dre, Snoop and Lamar, the Super Bowl Halftime appearance will be a homecoming of sorts for them. All the rappers are California natives. Dre and Lamar both hail from Compton, while Snoop was raised in Long Beach.

Super Bowl LVI will be taking place on Feb. 13 at SoFi Stadium in Inglewood, Calif. The Cincinnati Bengals, AFC Champions, will play against the Los Angeles Rams. This will be the second year in a row and the second time in NFL history that a team will be playing the Super Bowl in their home stadium.