Howard University's College of Fine Arts was named in Boseman's honor in May 2021.

The legacy of Chadwick Boseman continues to be celebrated as Phylicia Rashad honors the late actor during the Academy Award nomination announcement on Tuesday. Rashad was joined by students of Howard University during the livestream of the Best Actor nominations.

“All of our students here are so inspired by Chadwick Boseman, a Howard grad who was so committed to this university,” Rashad said. “And, as you know, Chadwick was nominated last year for Best Actor, and we are so honored to announce the nominees in this category.” 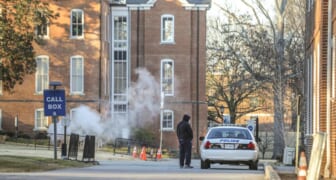 The 2022 Best Actor nominees were then announced by student John Woods III. Among the nominees was Will Smith for his portrayal of Richard Williams in King Richard, and Denzel Washington as Lord Macbeth for The Tragedy of Macbeth.

Boseman received a posthumous nomination for Best Actor at the 2021 Academy Awards for his role as cornet player Levee Green in the film adaptation of August Wilson’s play, Ma Rainey’s Black Bottom. It was his first Oscar nomination for the final movie he filmed before his death. He won the Golden Globe and Critics Choice Movie Award for the role. 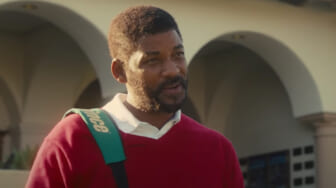 Also Read:
With ‘King Richard’ Oscar nod, this could be Will Smith’s time

Boseman passed away on Aug. 28, 2020, after a battle with colon cancer. He was 43. Boseman was a student of Rashad’s at Howard and she helped him get a scholarship for a summer acting program funded by Washington.