$3M settlement approved for family of De’Von Bailey, teen police fatally shot in the back

Colorado Springs city council members agreed to settle the case on Tuesday to avoid a jury trial in Denver.

The family of a Black teenager who was fatally shot in the back more than two years ago while running from police in Colorado Springs, Colo. has reached a nearly $3 million civil lawsuit settlement agreement with city officials.

De’Von Bailey, 19, was shot four times by police — three in the back, one in the arm — after he attempted to flee the scene as officers questioned him and another young man in August 2019, as theGrio reported previously.

(Viewer warning. The below video contains extremely graphic violence that may be triggering or upsetting.) 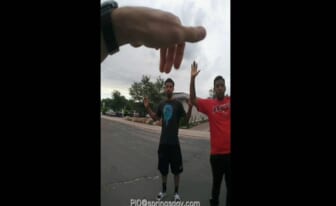 Both officers involved in the shooting were cleared of criminal wrongdoing by local county and federal prosecutors and still work for the city police department, according to USA Today.

Bailey’s family filed a federal civil rights lawsuit over the incident in June 2020, the outlet reported.

“If the city did not agree to settle the matter for $2.975M, any verdict above that amount would be the liability of the taxpayers or the police officers themselves,” Suthers said in a statement. “Under these circumstances, despite the fact that the El Paso County Grand Jury, the FBI And Department of Justice, unanimously agreed that the officers acted in self-defense and wholly in conformance with the law, it was deemed prudent to allow the insurance company to dictate settlement of the case.”

Colorado Springs has a long history of police brutality, according to Bailey family attorney Darold Killmer, who said the city’s settlement amounts to some “measure of justice” for Bailey’s killing, per USA Today. 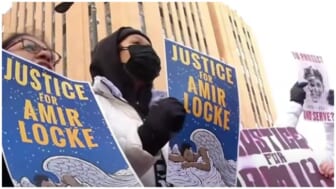 “Nothing in this nightmare could ever make what happened to my son OK or justifiable,” Greg Bailey said in a statement obtained by USA Today. “There is no amount of money that will bring him back. He was running away, and they shot him in the back like an animal. I miss De’Von every day.”

Police were responding to a call about a nearby armed robbery on Aug. 3, 2019, when they stopped Bailey and another young man for questioning. Bailey took off running when an officer attempted to search him for weapons.

Extremely graphic bodycam video of Bailey’s shooting showed officers attempting to remove a handgun from a pocket in his shorts as he lay bleeding to death on a concrete road. 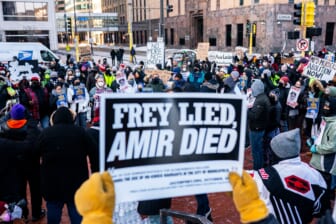 The city’s police department on Tuesday maintained that the officers who killed Bailey, “acted justifiably.”

“Any loss of life in our community, regardless of the circumstance, is a tragic event and the officers involved never wished to be part of this incident, nor did they want an outcome resulting in the loss of life,” the department said in a statement. “However, under the law and based on the officers’ extensive training, they acted justifiably to protect both themselves and the community. We strongly stand behind our officers and their actions.”