The two wed in June 2014 after four years of dating, and Cooper’s four children from a previous marriage are said to be close with Eve.

Rapper and actress Eve has welcomed her first child, a son, with husband Maximillion Cooper. The couple announced the addition to their family on Thursday morning, stating that the baby boy was born on Feb. 1.

Her husband shared the same photo on his Instagram page, adding to the caption: “Let the wild rumpus begin!”

The couple married in June 2014 after four years of dating. Eve told PEOPLE she and Cooper’s four children from a previous marriage are close.

Eve announced her pregnancy in November, sharing on Instagram. “Can you believe it @mrgumball3000 we finally get to tell everyone!!!!! ❤️ You all know how long we’v [sic] been waiting for this blessing!!! We get to meet our lil human February 2022.”

The baby announcement came years after Eve, then a co-host of The Talk, shared the challenges of her fertility journey. 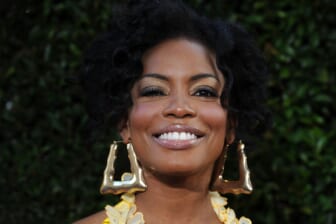 “It’s a very sad hurtful thing, but the more I hung onto it the worse I actually felt about myself,” she added. “Since I’ve shared, people have been so sweet to me. Even in the audience, people have actually come to me and hugged me and said you deserve it, and it’s going to happen for you. So, thank you to the audience here.” 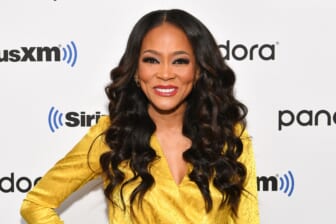 Fans of Eve’s were thrilled to see her join the cast of ABC’s musical drama Queens, but were dismayed when it appeared her character had been killed off the show. However, according to new reporting from Distractify, Eve will be returning after her maternity leave.

The cast and its fans are still waiting to learn if Queens will be renewed for a second season, despite a 100% rating on Rotten Tomatoes. ABC has yet to announce if the hit show will be back.