California man freed from prison after 27 years; questions raised about lack of evidence

California man Earl Snoddy was sentenced to life in prison for a 1995 robbery but after spending 27 years in prison, his sentence has been reduced to time served after doubt was raised over evidence in his case.

Snoddy has maintained his innocence, claiming he was not at the location of the crime. Despite no clear link tying him to the robbery case, a Compton jury convicted him anyway, Yahoo reports. It was the third criminal strike for Snoddy due to his previous run-ins with the law, which meant an automatic life sentence.

California’s “Three Strikes and You’re Out” law “imposed a life sentence for almost any crime, no matter how minor, if the defendant had two prior convictions for crimes defined as serious or violent by the California Penal Code.”

The law was enacted by California voters in 1994.

A study conducted by Santa Clara University Associate Professor Elsa Chen titled “The Liberation Hypothesis and Racial and Ethnic Disparities in the Application of California’s Three Strikes Law,” found that “African-American offenders were signiﬁcantly more likely than whites and Latinos to receive third-strike sentences, regardless of the nature of their offense. The same is true for American Indians.” 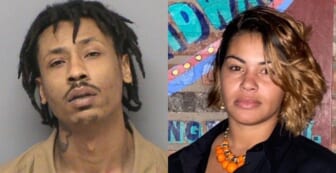 Snoddy’s attorney Matthew Barhoma took a closer look at the case and found no hard evidence to conclusively tie his client to the crime he was convicted for, and Barhoma was able to convince the DA as much.

“My team has looked into this conviction and have found very little reason to believe that Mr. Snoddy should have been convicted at all,” the lawyer said. “There’s strong indication of his wrongful convictions so much so, even the DA’s office internal personnel have reached out to me and have even become appointed pro bono co-counsel on this case in being able to correct this conviction.”

Barhoma claims Snoddy was arrested for the violent robbery based only on the victim’s description of the suspect. After decades in prison, Snoddy is expected to be released within the next few days, ABC 7 reported on Feb. 8.

“I’m trying to hold back the tears about my little brother and I love him to death,” said Snoddy’s sister, Charlene Bickham. “We’re grateful, we’re thankful. I mean, there is justice here in this world and beyond measures, thank God for just putting good people in place.” 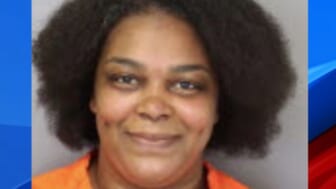 After his release, Snoddy will enter a program designed to help him reintegrate into society, per the report.