Quintez Brown faces charges in a shooting at the campaign office of Craig Greenberg, who is running for mayor of Louisville.

Kentucky civil rights activist Quintez Brown pleaded not guilty to one charge of attempted murder and four charges of wanton endangerment on Tuesday.

The 21-year-old Brown is accused of a shooting at the campaign office of Craig Greenberg, who is running for mayor of Louisville. None of the five people inside the office were injured in Monday’s incident, but Greenberg says his shirt was grazed, according to The Louisville Courier-Journal.

Greenberg told ABC News he was “shaken but safe” after being at his campaign office early Monday with four colleagues when a man, later identified as Brown, came to the doorway with a gun. “When we greeted him, he pulled out a gun, aimed directly at me, and began shooting,” Greenberg said.

As previously reported, Brown is a candidate for the Louisville Metro Council and was identified by witnesses and apprehended less than a half-mile from Greenberg’s campaign headquarters carrying a loaded 9mm magazine in his pocket. He was also arrested in possession of a handgun, a case and additional magazines.

At his arraignment on Tuesday, Brown’s attorney, Rob Eggert, entered a not guilty plea on his client’s behalf and asked the court to lower his bond. However, the judge approved an exact opposite motion by the prosecution, raising Brown’s bond from $75,000 cash to $100,000. 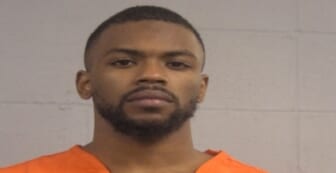 Eggert also noted that Brown has a history of “mental and emotional issues.”

“This is not a hate crime — it is a mental health case,” he said in an interview after the arraignment, according to The Courier-Journal. He called Brown a “good kid” who “has a ton of support in the community.”

In a later interview with the newspaper, Eggert called the University of Louisville senior “severely mentally ill,” saying he “needs treatment, not prison.” However, he did say that he is not aware of Brown’s clinical diagnosis. 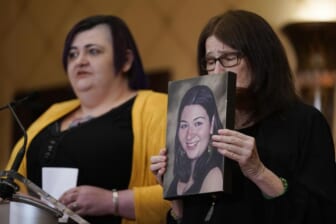 Greenberg, the alleged target in the shooting, is one of eight Democratic candidates for mayor. He said he’d never met Brown and had no comment on Brown’s current bond status.

Another Louisville activist, Darryl Young, who knows Brown through the Muhammad Ali Center Council of Students, said his colleague is passionate about social justice and community advocacy. “I think Quintez needs a lot of help.” Young continued: “I would just hope that something can be done for Quintez, that he can have the treatment needed to get to some sort of peace.”