“Black artists tend to be marginalized, for whatever reason, by most ‘mainstream’ galleries, juried exhibitions, etc,” DeGroat, a fine artist/designer/illustrator from Dayton, Ohio said.

That’s why DeGroat is happy to participate in “The Visual Voices: Dayton Skyscrapers” at the Benjamin & Marian Schuster Performing Arts Center in downtown Dayton. Every year, the Schuster hosts an art exhibit by local African American artists. 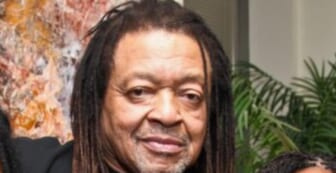 Dayton isn’t alone. Whether it’s Detroit, Atlanta, or Malibu, California, galleries, and public spaces are celebrating Black art and the African-Americans who created it. Cities across the country are also seeking avenues to get more funding into the hands of Black artists.

“In art and music, so-called ‘classical Eurocentric’ training is considered the gold standard. However, Black creators’ artist integrity is more important than mainstream validation,” DeGroat said. “The more support we get, the bolder and more confident we become, which benefits everyone.”

“Dayton Skyscrapers” features the work of Black artists like DeGroat. The event uses skyscrapers as a metaphor to note local African Americans who “stand tall” in their field and contribute to the quality of life in the Dayton region, according to a press release. 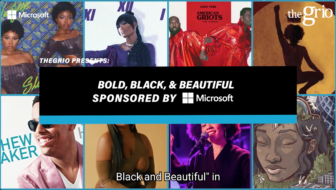 A total of eleven artists, including Broadway veterans Kevin Harris and Frances Turner have works on display, the release noted.

Their work showcases some of the region’s leaders.

“The Visual Voices 2022 team of Dayton and Miami Valley African American visual artists have selected a core of high-achieving African Americans as Dayton Skyscrapers,” per the press release.

The exhibit partnered with leading community groups to expand the reach of Black artists. One partner, Shango: Center for the Study of African American Art and Culture, provides art workshops and education to at-risk students. The event also linked with Willis “Bing” Davis, the renowned exhibit curator and director of EbonNia Gallery who founded Shango.

The free exhibit is open until March 31.