Kanye West posts tracklist for ‘Donda 2,’ says the album will only be available on stem player

As the previously announced Feb. 22 due date for Kanye West’s forthcoming album gets closer, the polarizing artist is giving fans more information on the album. The 22-time Grammy winner posted the tracklist for the album to social media, while also stating that it will only be available on his custom stem player.

On Thursday, West posted on his Instagram page that Donda 2 will only be possible to hear on his stem player. West, who legally changed his name to Ye, began to sell his custom stem player on his website. It’s a possible device that allows listeners to isolate specific stems, or portions of a song, to be listened to in numerous ways. 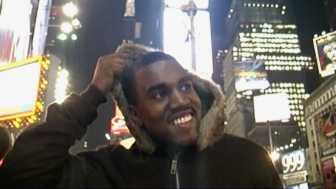 Posting a one-minute clip of the stem player, West shows how it works as it plays an unreleased song. In the clip, West’s song is heard with full production, in acapella, and other fashions. In the caption, he stated that the album would not be available on other streaming platforms, citing his desire to have more control of the revenue.

“Donda 2 will only be available on my own platform, the Stem Player. Not on Apple Amazon Spotify or YouTube,” West wrote. “Today artists get just 12% of the money the industry makes. It’s time to free music from this oppressive system. It’s time to take control and build our own.”

West later posted to Instagram that he turned down a lucrative deal from Apple Music, further expressing his discontent with getting minimal returns from streaming services.

“After 10 albums after being under 10 contracts. I turned down a hundred million dollar Apple deal,”  West wrote. “No one can pay me to be disrespected. We set our own price for our art. Tech companies made music practically free so if you don’t do merch sneakers and tours you don’t eat.” 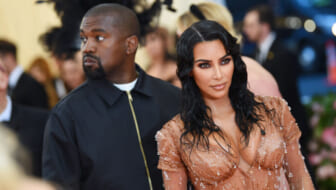 On Friday morning, West revealed that Donda 2 currently has 22 tracks, with titles for 21 of them:

West left the slot for the 22nd track empty. The fashion mogul has a reputation for both posting and changing the tracklists for his albums, writing the songs on notebook paper nearly every time. He has scheduled an album listening event on Feb. 22 at LoanDepot Park in Miami.