In cases similar to Marioneaux’s, courts ruled against cops on ‘stand your ground’ issues

In 2005, Florida became the first state in the country to pass a “stand your ground” law, which allows citizens the right to use deadly force if they feel threatened.

Now, the recent case of Corey Joseph Marioneaux, Jr. puts that law front and center once again. It also highlights some of the recent Florida cases in which citizens defended themselves against law enforcement forcibly entering their homes. In those cases, court systems have ruled against authorities.

Marioneaux’s family insists the 24-year-old father thought he was defending his home and children against intruders when police officers, armed with a search warrant, crashed through his front door at 5 a.m. on Feb. 3. Marioneaux awoke, jumped out of his bed, and with his licensed gun in hand, headed toward the commotion. His baby boys, ages 1 and 3, were nearby. 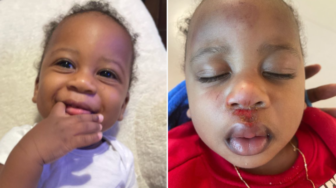 Marioneaux, who fired a single shot at the people in his home, faces a charge of attempted murder of a law enforcement officer in Pensacola, Florida — even though his family says he didn’t know police had burst through his door.

James Bryant, a lawyer with The Cochran Firm, has agreed to represent the mother of Marioneaux’s sons, one of whom was injured when he fell out of a police car after the incident in his father’s house. Bryant says he expects to file to represent Marioneaux as well.

“I cannot understand why they are charging this man who has no criminal history, who was not a person of interest and was not involved in whatever they were looking for,” Bryant told the Pensacola News Journal. 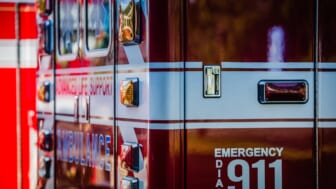 A review of two other Florida cases, with circumstances similar to those in the Marioneaux case, gives credence to Bryant’s confusion. In one case from 2015, which theGrio recapped Friday, a court overturned the conviction. And in another, a jury acquitted the suspect.

The former involves a white man, John DeRossett, who opened fire on Brevard County sheriff’s deputies who came into his home. In the latter case, a jury found Andrew “A.J.” Coffee IV, a Black man, not guilty after he fired at authorities who broke through the window of his home.

A more detailed examination shows the striking similarities between the two incidents. The following analysis comes from information from the District Court of Appeals in Florida and police records as reported by media.

DeRossett case: On Aug. 20, 2015, plain-clothes deputies arrived at DeRossett’s home at about 9:30 p.m. in Port St. John, FL, armed with a warrant as part of an undercover prostitution sting. Agents said that DeRossett’s niece, Mary Ellis, had agreed to have sex with an undercover agent for $150.

Coffee case: On Mar. 19, 2017, members of the Indian River Sheriff’s office went to Coffee’s father’s Vero Beach home to execute a search warrant in search of illegal drugs. The younger Coffee and his girlfriend, Alteria Woods, 21, were at the residence.

Marioneaux case: On Feb. 3, police arrived at Marioneaux’s home in Pensacola at about 5 a.m. with a search warrant. Police have yet to release any specifics, other than to say it was a “high risk” warrant, according to WEAR-TV.

A KNOCK, A WINDOW BREAK, A RAM

DeRossett case: Police knocked on the door of his home and, according to court records, Mary Ellis answered it. He said a man reached inside the door, grabbed her, and began pulling her onto her covered porch. Two other men joined. Authorities dispute this version of events, saying they knocked on the door, showed a badge and informed Mary Ellis she was under arrest. Both accounts say she screamed for her uncle.

Coffee case: Coffee’s attorney, during a Mar. 2021 court appearance, said Coffee heard someone crash through a window, saw what appeared to be a weapon and reached for his own.

Marionneaux case: Police, according to WEAR-TV, said officers knocked on the door and yelled “Pensacola Police, search warrant.” After 10 seconds they then used a battering ram to break open the door.

DeRossett case: Court filings say when DeRossett heard his niece scream, he rushed to the front door. When he did, one of the men who had grabbed his niece said a man with a gun was approaching and they released the woman. DeRossett, now on his porch, fired a warning shot in the air.

Coffee case: Coffee and sheriff’s deputies began exchanging a volley of gunfire that would end tragically.

Marioneaux case: After police entered his home, Marioneaux, according to family members, thought intruders were invading. With his children inside the home, he fired once toward the strangers.

DeRossett case: DeRossett and officers fired more than 40 rounds at each other. DeRossett and his niece were wounded, and an officer was hit in the stomach, suffering severe injuries. It was only after the shooting stopped, according to court records, DeRossett discovered they were deputies conducting an operation aimed at his niece. None of the deputies were in uniform and they were there “to make the warrantless, late-night arrest for solicitation of prostitution,” according to court records.

Coffee case: When the shooting finally stopped, Woods, Coffee’s girlfriend, was dead. She had been hit by 10 bullets, including one in the heart, TCPalm reported.

Marioneaux case: As soon as Marioneaux realized he’d fired on police, he put his hands up, exited the house with his hands in the air and apologized, his pastor told WEAR-TV.

DeRossett case: DeRossett was charged with a first-degree felony of attempted murder of a law enforcement officer.

Coffee case: Coffee was charged with second-degree felony murder related to Woods’ death; three counts of attempted first-degree murder of a law enforcement officer by discharging a firearm; one count of shooting or throwing a deadly missile; and possession of a firearm by a felon.

Marioneaux case: Marioneaux has been charged with the attempted murder of a law enforcement officer.

DeRossett case: DeRossett’s lawyers argued that Florida’s stand your ground law applied to their client. DeRossett, his attorney said, didn’t know who was coming into his home, according to Florida Today. A lower court ruled against DeRossett because it said he knew about the crime of his niece, who was sentenced to 180 days in jail and probation after pleading no contest to prostitution-related charges.

But the appeals court overturned the ruling, saying, “the State did not meet its burden of proof to show that DeRossett knew or reasonably should have known that he was discharging his firearm at law enforcement officers.”

Coffee case: Coffee’s lawyer argued he didn’t know law enforcement had entered his home, and he was justified in the use of force under stand your ground laws.

Coffee spent four years in jail awaiting trial. A jury, in November 2021, said Coffee acted in self-defense. He was, however, sentenced to 10 years in prison on February 14 after being convicted of being a felon in possession of a firearm.

Marioneaux case: The Florida State Attorney’s office has yet to make a filing decision in the case because it’s still under investigation. Bryant plans to ask the state to dismiss all charges at Marioneaux’s February 25 arraignment.