President Biden could announce his Black woman nominee for the Supreme Court as early as President’s Day.

Republican Sen. Ted Cruz is once again calling out President Joe Biden for pledging to nominate a Black woman to the Supreme Court after liberal Justice Stephen Breyer retires later this year.

As reported by Salon, Cruz appeared on Fox News Channel Sunday and told Bill Hemmer it should be “illegal” for Biden to not consider any white people for the forthcoming Supreme Court vacancy.

“Democrats today believe in racial discrimination, they’re committed to it as a political proposition,” Cruz told Hemmer. “I think it is wrong to stand up and say, ‘We’re going to discriminate; this administration is going to discriminate.’ What the president said is that only African-American women are eligible for this slot. They said that 94% of Americans are ineligible.”

“I think our country has such a troubled history on race, we ought to move past discriminating based on race,” he continued. “The way Biden ought to do it is to say I’m going to look for the best justice, interview a lot of people. And if he happened to nominate a justice who was an African-American woman, great. But you know what? If Fox News put a posting, we’re looking for a new host for Fox News Sunday and we will only hire an African-American woman or a Hispanic man or a Native American woman, that would be illegal. Nobody else can do what Joe Biden did.” 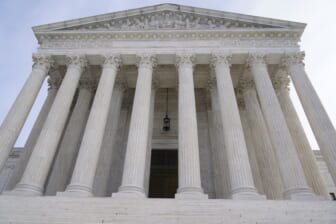 While campaigning for the presidency, Biden vowed to nominate a Black woman to the Supreme Court, theGrio previously reported.

“We are putting together a list of a group of African American women who are qualified and have the experience to be in the court,” Biden said during a 2020 press conference, as reported by CNBC. “I am not going to release that until we go further down the line of vetting them.”

Senator Cruz previously said that Biden’s decision to select a Black woman is “actually an insult to Black women.”

“The fact that he’s willing to make a promise at the outset, that it must be a Black woman, I gotta say that’s offensive,” the senator said earlier this month on his podcast, Verdict with Ted Cruz.

As previously reported by theGrio, Breyer, 83, has been a pragmatic force on a court that has grown increasingly conservative in recent years, trying to forge majorities with more moderate justices to the right and left of center. 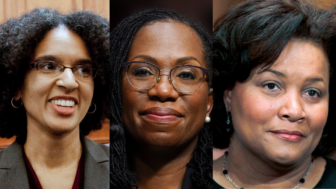 Breyer has been a justice since 1994, appointed by President Bill Clinton. Along with the late Justice Ruth Bader Ginsburg, Breyer opted not to step down the last time the Democrats controlled the White House and the Senate during Barack Obama’s presidency. Ginsburg died in September 2020, and then-President Donald Trump filled the vacancy with a conservative justice, Amy Coney Barrett.

Biden could announce his historic Black woman nominee for the Supreme Court of the United States as early as President’s Day on Monday, theGrio has learned.