Ruth E. Carter to be honored with an NAACP ‘Vanguard’ Award

The first Black woman to win a Best Costume Design Oscar will receive her award at a special ceremony and exhibit on February 25.

With credits from iconic films like The Five Heartbeats, Malcolm X, What’s Love Got to Do With It, Amistad and Selma already under her belt, Ruth E. Carter‘s historic 2019 Academy Award win for Best Costume Design for Marvel’s Black Panther in many ways felt overdue. But just ahead of the 53rd NAACP Image Awards broadcast on Saturday, February 26, Carter will be honored by the hallowed organization with the Vanguard Award for Costume Design.

Much like her 2019 Career Achievement Award from the Costume Designers Guild (where she is also nominated this year for her work on Coming 2 America), the NAACP’s Vanguard Award will recognize Carter’s breadth of work since earning her first film credit as the designer for Spike Lee‘s School Daze. To date, those accolades include becoming only the second costume designer—and first Black designer—to receive a star on Hollywood’s Walk of Fame in 2021. 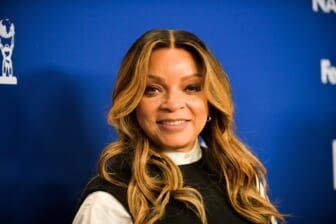 Also Read:
Ruth E. Carter helps Hollywood highlight our history like no one else

Carter’s incredible talent and tenacity as she navigated the often exclusionary ranks of Hollywood are just two of the reasons her NAACP honor is well deserved, as explained by Karen Boykin-Towns, chairman of the NAACP Image Awards and vice chairman of the NAACP board, in a statement obtained by Women’s Wear Daily (WWD).

“As a trailblazer and icon for innovators and costume designers alike, the NAACP is excited to honor Ruth E. Carter for continuously using her talents to revolutionize and transcend the world of fashion,” she said, later adding: “[W]e commend Ruth for utilizing her platform, as well as the power of visual communication, to share narratives of culture, race and politics.”

WWD further reports Carter’s award will be bestowed ahead of Saturday’s awards broadcast at a special Image Awards event, “Colors Behind the Look: A Celebration of Fashion, Costume Design and Glam.” Taking place in Los Angeles on Friday, February 25, the private event will be hosted by celebrity stylist Googoo Atkins and is slated to include a celebration of Black designers via a fashion show featuring the labels of Kevan Hall, Carl Jones, Rodney Epperson, Isaiah Hemingway and Byron Lars. In accordance with her honor, Carter’s extensive costume work will be highlighted in a special display titled the Ruth Carter Costume Exhibit. 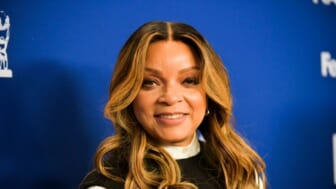 When the Image Awards air this weekend, two other style pioneers will also be commemorated, as tributes to late fashion journalist André Leon Talley and designer Virgil Abloh are planned. And in a nod to the living legacies of Carter and her Hollywood contemporaries—including costume designer Paul Tazewell, a 2022 Academy Award nominee for West Side Story, and Mia Neal and Jamika Wilson, who made history as the first Black women nominees and winners of the Academy Award for Hair and Makeup (Ma Rainey’s Black Bottom)—next year’s Image Awards will include two new categories: Costume Design and Hair and Makeup.

Carter recognized the many unsung talents in her field in a statement to WWD expressing her gratitude, saying:

“I am honored to be named a Vanguard by the NAACP Image Awards…I am being recognized as the first in Costume Design, but there have been generations of women of color, who came before me, who went unrecognized for their artistry and craftsmanship and denied the opportunity to work as, let alone dream of becoming, a costume designer. I am humbled to accept this award in their memory and grateful that my work is opening doors for people of color. Thank you to the NAACP for their introduction of the category of costume design among their many accolades for this celebration of Black excellence.”