OPINION: Briles, who resigned as offensive coordinator on Monday, has been shunned for nearly six years by major colleges after the sexual assault scandal at Baylor. Grambling should’ve followed suit. 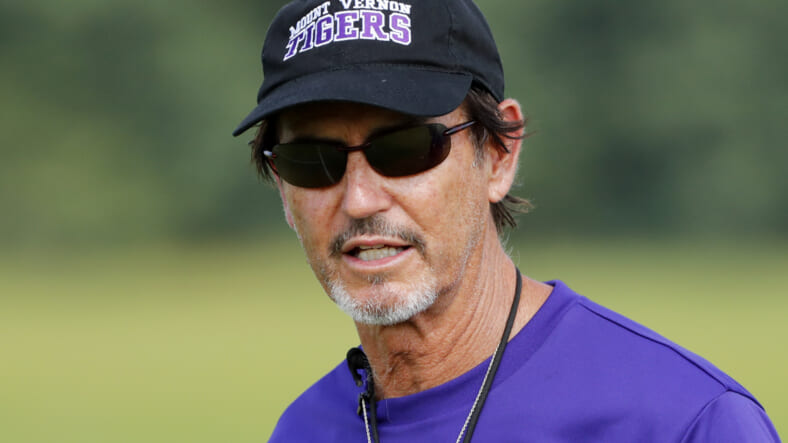 A recent news article revived a question we often ponder: What is appropriate employment for individuals after punishment?

Turns out that a man convicted of murder as a teenager has served his 29-year sentence, completed an 18-month re-entry court program and now does entry-level clerical work at Prince George’s County (Md.) State’s Attorney’s Office. The victim’s step-brother said, “It’s pretty disgusting” that the SAO made that hire. 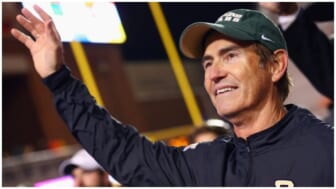 But the move was plenty disgusting, nonetheless.

Thankfully, it was dead on arrival, with Briles offering his resignation on Monday, just four days after being announced. “I feel that my continued presence will be a distraction…which is the last thing that I want,” Briles said in a statement according to ESPN.

Briles was the immensely successful head coach at Baylor University until he was fired in May 2016, following an independent investigation into sexual violence allegations. The probe found “significant concerns about the tone and culture within Baylor’s football program as it relates to accountability for all forms of athlete misconduct.”

A 2017 Title IX lawsuit—among numerous complaints about a team apparently gone wild—alleged that at least 52 rapes by more than 30 players occurred over a four-year period. At least three separate cases involve allegations of gang rapes, which one accuser said were considered a “bonding experience for the football players.”

Briles’ supporters point to NCAA findings that he didn’t violate any rules. But in a blistering, 51-page report, the NCAA also said Briles’ “incurious attitude toward potential criminal conduct by his student-athletes was deeply troubling to the panel. (He) failed to meet even the most basic expectation of how a person should react to the kind of conduct at issue in this case. Furthermore, as a campus leader, the head coach is held to an even higher standard. He completely failed to meet this standard.”

Since Baylor kicked him to the curb, Briles has coached a team in Italy and a Texas high school team. He also was hired to coach a Canadian Football League team, but that lasted mere hours; the team promptly reneged on the offer due to public backlash.

It was time to lash Grambling for an unnecessary decision by coach Hue Jackson and athletic director Trayvean Scott. And if that didn’t work, the University of Louisiana System—which had the final say on the hire—could’ve voted hell-to-the-no and sent Briles back to the unemployment line.

Major colleges have shunned him for nearly six years and Grambling should’ve followed suit. Briles wouldn’t have even considered the historic HBCU if not for desperation. Instead of giving him a lifeline with the program that late coach Eddie Robinson built from scratch, Grambling should’ve let bigger fish decide whether Briles sinks or swims.

While he might’ve been brilliant as the Tigers’ offensive coordinator, his hiring sent a terrible message. The culture at Baylor encompassed everything we despise about major college sports: coaches who put winning above character; athletes who put themselves above women; and administrators who put profits above principles.

If Briles genuinely cared about the young (mostly Black) men under his charge, he wouldn’t tolerate so many being accused of sexual assaults. He didn’t demand adherence to proper conduct and swiftly punish or release players who didn’t govern themselves accordingly. Instead of rooting out sexual violence within his program, he enabled it, letting it grow and fester.

Such so-called leadership impedes the maturation of young men and puts female students at risk.

Report what you know? The NCAA found that Briles and his staff “chose not to report sexual violence and dating violence to an appropriate administrator outside of athletics.” They ignored and downplayed cases, while also improperly inserting themselves in disciplinary and criminal processes. The result was “an overall perception that football was above the rules.” 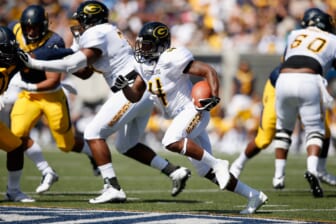 Of course, Briles said he’d never do it again, which was good enough as Scott backed Jackson’s choice. “We’re not talking about a perfect situation or devaluing things done in the past and how it has affected people,” Scott told ESPN on Thursday. “(Briles) is sympathetic and empathetic about what went on.”

That doesn’t mean he belongs on a college coaching staff, especially not using an HBCU for a last-ditch effort to resurrect his career. One of Grambling’s most famous alums agreed.

“I’m having a problem with it because other schools would not bite on it, then he’s coming to a Black school like we’ll take him in,” legendary Super Bowl MVP Doug Williams told ESPN. “I have a problem with it, a major problem with it. I can’t support it that’s for sure. That hurt me to my core right there. … I know coach Robinson is turning over right now.”

Yes, Briles should have a shot at gainful employment and there are other lines of work he can pursue. Whether he should ever get another college coaching job is debatable, but Grambling wasn’t the one.

(And don’t even think about Howard!)