Republicans and Democrats clash during hearing on racial discrimination in housing

Republicans drilled down on inflation talking points as Democrats sought to address historic racial discrimination in the housing market and identify policies that could spar economic opportunity for disenfranchised communities.

During a House Select Committee on Economic Disparity and Fairness in Growth hearing on Tuesday, Ranking Member Bryan Steil (R-Wis.) and Rep. Gwen Moore (D-Wis.) engaged in a fierce exchange to address Republicans’ attempts to disregard the legacy of discriminatory federal policies pertaining to housing loans.

“One of the things we’ve really highlighted is the impact that the cost of rising rents, the impact that that has on Americans. Inflation impacts everybody, but it clobbers seniors on fixed incomes in low-income workers,” Steil said. “It’s paramount that we get inflation under control. We get our spending under control here in Washington.” 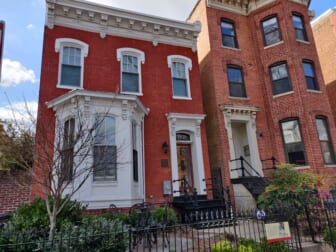 Congresswoman Moore shot back, “I was born in the Ranking Member’s district, so I know his constituency well. It is some of the worst housing stock in our state.”

“It is maybe the highest unemployment rate among African Americans in the state in his district,” she added. “So these are people who could benefit a great deal by having more housing options.”

“Was this historical with regard to wages, housing FHA policy, can you just briefly share with us whether this was your opinion or history?” Moore asked.

“This is our nation’s history. The reality though, is that we have this opportunity through inclusive policies to change that history,” Bailey replied.

By addressing the racial policies of the past by including Black Americans, Bailey projects the economy can grow by $1 trillion over the next five years. She recommends that Congress consider approving a $10 billion program to provide down payment assistance to underserved communities. Bailey also encouraged lawmakers to push for home lenders to consider rent payment histories as they review applications from borrowers.

Credit scores are linked to the legacy of exclusionary economic policies in the United States. 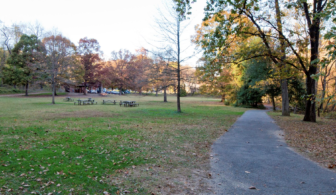 “One of the largest determinants of your credit score is how much of your actual credit are you utilizing,” Bailey explained. “A family that has been locked out of homeownership over generations doesn’t have savings for a down payment, so they are likely going to use a higher percentage of their credit scoring for the purchase of their home, meaning they’re going to have a lower overall credit score because of that history of discrimination.”

In two hours of conversation about the legacy of racism in the housing industry of the United States, Ranking Member Steil focused on inflation in his opening remarks and was steadfast in his belief that addressing inflation was the solution for households in need of down payment funds.

“We need to find ways to make the housing market and housing, in particular, more affordable. It means bringing down costs. That means getting inflation under control, to allow individuals to increase savings and to prevent those savings from being eaten away,” Steil contended.

Republicans have adopted inflation as their core messaging against Democrats, but in the U.S. Senate, they have refused to move forward with votes to confirm President Biden’s nominees for the Federal Reserve Board of Governors. The Federal Reserve is the governing body responsible for monetary policies that directly address inflation. 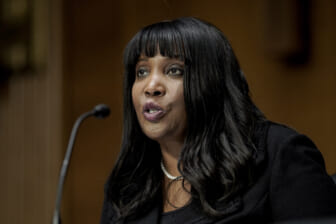 Democrats in the Senate have been unable to move the process forward and continue to try to appeal to their fellow Senators.

“If we’re going to continue growing our economy, we need all seven Fed Governors in place. We need these professionals – working and debating and making decisions about monetary policy, and interest rates, and jobs, and tackling inflation,” Senate Banking Committee Chair Sherrod Brown said on Tuesday as he addressed his Republican colleagues on the Senate floor.