Disney creatives behind ‘The Proud Family,’ ‘Encanto’ on telling diverse stories in animation

A special edition episode of 'Acting Up' dives deep into the world of animation, and the large strides in representation Disney has taken over the years

From films like Encanto, Soul and The Princess and the Frog to television projects like The Proud Family: Louder and Prouder, Disney has made some serious strides when it comes to multicultural representation in their entertainment.

While we tend to focus on the finished products, who are the people of color behind the scenes that craft these projects? On the latest episode of Acting Up, theGrio‘s Cortney Wills sat down with Babatunde Akinloye, Bruce W. Smith, Michael Yates and Marlon West, four men behind some of Disney’s biggest projects, and broke down telling diverse stories in animation.

For Yates, who was a story artist on Soul, making the film was personal for him as he grew up, like many of us, not seeing many African American leads in animated television.

He shared, “I just heard about it in development and like, oh man, this was such a big moment for the studio, as well as just animation in general. I think when I was growing up, there wasn’t a lot of like African American leads and animated films or TV.”

The exception, Yates explained, was The Proud Family, which has returned this year with a new iteration, The Proud Family: Louder and Prouder. Smith, the creator of the series, opened up about bringing the beloved show back all of these years later.

Smith, who was seeing the animation field take hold of the television landscape with shows like The Simpsons and Family Guy, simply asked, “Where the Black people at?” when conceiving the series. Debuting in September 2001, the original The Proud Family series went on to become a huge success. 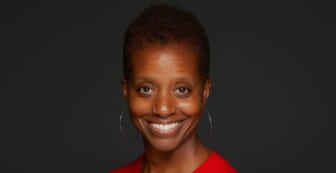 Speaking of Louder and Prouder, Smith explained, “I think with this new version, we [see] the social media invention and everything that surrounds all that. How our culture has made all these steps forward and how we are shouting loudly to be seen, you know, in the zeitgeist of 2022.”

He added, “We get a chance to kind of show a spectrum of Black folk because we’re [sic] not just this monolithic being.”

Encanto premiered in 2021 and was praised for showing an entire range of a Latino and Afro-Latino experience in the animation field. Akinloye, production office manager of the film, revealed this was a very intentional choice on the creative front.

“I think the directors were very intentional, and the writers and producers…the whole creative team were intentional about having a large family, multigenerational family, [and] having Afro-Latino representation,” he explained.

He continued, “You know, we were part of the Black employee group at Disney Animation, where we met with the filmmakers throughout the production and development, and looked at things like hair texture and skin tones.”

By listening to Black and LatinX employees throughout the process, Akinloye explained, “The filmmakers definitely did their due diligence with making sure that they can connect with the human elements and the basic foundation of what folks can relate to, so that everyone can see themselves now—not just in how they may look, but then also, how the characters are.” 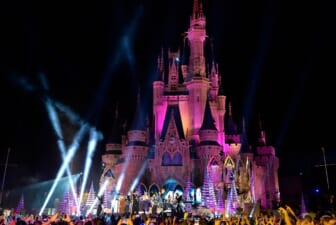 The landscape has certainly shifted throughout the years these creatives have spent in the business, which has allowed opportunities for even more people of color to work behind the scenes, even in the writer’s room over at The Proud Family.

Smith later explained, “You know, I brought in two African-American women who hadn’t had a chance to direct professionally in this business at all and made them directors. I had to find, you know, directors who lived that experience and put them in a position to to succeed.”

All titles discussed during the panel are available to stream now on Disney+.