Lady Gaga might have missed out on an Oscar nomination for her turn in “House of Gucci,” but she’ll still be gracing the stage at the Dolby Theatre on March 27. Gaga will be one of the presenters at the 94th Oscars, show producers Will Packer and Shayla Cowan said Thursday.

Others set to present awards include Kevin Costner, Chris Rock, Zoë Kravitz, Rosie Perez and Youn Yuh-jung, who won the supporting actress award last year for “Minari.” More will be announced in the coming weeks.

“Movies inspire us, entertain us and unite us across the globe,” Packer, who produced “Girl’s Trip,” said in a statement. “That’s the precise goal of the show this year, and we’re thrilled to welcome the first of a stellar lineup joining the Oscars stage to help us celebrate the power of film and honor the year’s best in filmmaking.” 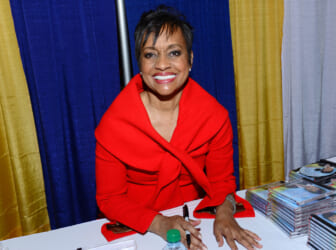 Also Read:
Judge Glenda Hatchett wants her legacy to be changing the world for the better

Regina Hall, Amy Schumer and Wanda Sykes are hosting the show, which organizers have promised will stick to three hours. The 94th Oscars will be broadcast live on ABC on Sunday, March 27 at 8 p.m. Eastern. Hall has been in several of Packer’s movies, including “Think Like a Man” and “Little.”

The show is hoping to rebound from the dismal viewership of last year’s broadcast, which was both an all-time low and the norm for pandemic-era awards shows.

In addition to bringing back starry hosts and bumping the best picture nominees to a set ten, the Academy is also hoping to spike interest through social media voting for a “fan favorite” movie that will be announced during the show, as well as a chance to win a trip to Los Angeles for the ceremony.