OPINION: You don’t need to care about Randy’s, which closed down last month, but you should because it is a friendly reminder to keep supporting Black businesses wherever you are. 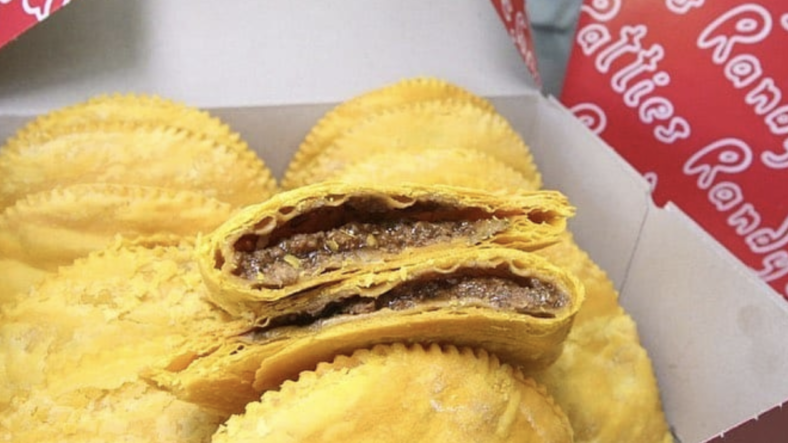 Since the beginning of the pandemic, most of us have been feeling the pinch of an affordability crisis. Wages have frozen, but inflation means costs continue to rise. For small businesses like Randy’s Take Out in Toronto, Canada, this crisis was third in the line of a series of blows that was enough to take this Black-owned business out—or maybe not. 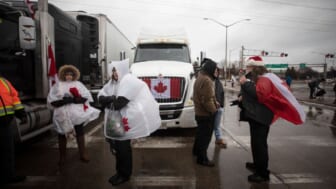 Also Read:
The Trucker Convoy: Coming to a city near you

You don’t need to care about Randy’s, but you should because it is a friendly reminder to keep supporting Black businesses wherever you are. Our sentiments around West End, Toronto, bring up feelings of Black nostalgia akin to those from Brooklyn, N.Y., or Oakland, Calif.— it’s home. It is our little corner of Toronto that is a meeting place for people who look like us, cook like us and wuk (dance) like us.

Randy’s is situated in Little Jamaica in West End, Toronto. Little Jamaica is “home to the highest concentration of a diverse and dynamic range of Black and Caribbean owned businesses in the City of Toronto.” Much like other ethnic enclaves in the city, Little Jamaica started as a place where Caribbean immigrants could afford to live when they came to Toronto in the 1950s. By the 1970s, it had become a destination for Black Caribbean families and other Black immigrants to Canada.

Randy’s is not just a restaurant that has perfected the Jamaican patty. In 1979, when Randy’s Take Out opened, Little Jamaica had become a Black commercial center. Randy’s is one of the restaurants that would play the loud music that is so quintessentially part of the Jamaican experience and one of the signals that you’ve transcended into a neighborhood that knows how to have a good time.

In 2011, the Ontario government started investing in the development of a transit line that would run right beneath Randy’s. The Eglinton Crosstown offered to expand our very underfunded transit system to guarantee connection from Toronto’s core to the city’s outer edges and connection of fast, reliable transit to more of the city’s 3 million residents.

Of course, the expansion of the rail system in Toronto came with anxieties around how the neighborhood would change, but no one predicted the utter devastation that came. Construction has resulted in the closure of 124 small businesses. And this community, in particular, has been particularly hard hit by the loss of public parking spaces, the blocking of business storefronts and the amount of time it takes to get in and out of the neighborhood (due to traffic delays, lane closures, etc.). As a result of these inconveniences, Black people stopped coming to Little Jamaica as frequently.

Simultaneously, while Black patrons started finding other places to get their hair done or buy their weekly carton of patties, investors began looking at how to leverage transit investment in Little Jamaica. For example, one condo developer used the area’s reputation of Little Jamaica to sell Black culture to white middle-class buyers of condominiums. We’ve seen this before. Instead of only allowing the construction of market-rate units, this development could have been a mixed community complete with market-rate and affordable housing units. This move could have helped Black folks stay in the community and honor the legacy of Little Jamaica. Little Jamaica doesn’t exist outside of a Black community; this is obvious, but I digress.

In early 2020, the devastation deepened with the pandemic, with lockdowns in effect and all nonessential businesses mandated to keep their doors closed. And although later that year, Little Jamaica was FINALLY deemed a heritage hub, giving the businesses in the area the protection they deserve from displacement, the help came far too late.

The designation is, in some ways, the only chance we have of saving businesses like Randy’s. The city of Toronto passed a motion in April 2021 that states the city needs to “take into account the goals and scope of the forthcoming study on Little Jamaica and the Eglinton West Neighborhoods and compare all existing and future development applications against it…To ensure that the unprecedented rapid growth occurring in the study areas preserve the heritage, culture, architectural significance, and the priorities and principles brought forward by the residents from the Little Jamaica Study.” This is the first commitment the community has had in a while. Further, the city didn’t stop there; it later called for the immediate removal of corporate property taxes, which have infamously been used to facilitate gentrification.

So this brings us to last month when the “6 Man” himself, our Champagne Papi, Drake, offered to buy Randy’s Take Out. 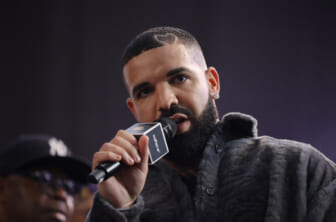 Also Read:
Drake was a star among A-listers at ‘Homecoming’ concert

I’ve already walked you through the story of community and displacement, but Drake stepping in is emblematic of our resistance. On the weekend of Feb. 26, when hundreds of Torontonians went to Randy’s for their Jamaican patties, they were resisting. Whether our resistance will be enough is another story.

The reality is that as honored as the owners of this family business are, it does not change that as costs soar because of supply chain issues and manufacturing shutdowns, and COVID-19 mandates remain in effect. Construction is ongoing…the doors dem need fi shut until it makes sense to run this business again.

Patience Adamu is the vice president of the Afro Canadian Political Literacy Foundation or ACPL, which is laser-focused on improving political literacy among Black folks—especially millennials, and advocating for policy that reflects our socio-economic needs.

As an almost-doctorate holder in the field of Public Policy, Patience always offers a thoughtful perspective on all things Canadian news and Black issues alongside co-host Kurtis Vermont every week on The Drip Podcast, found wherever you get your podcasts. Follow her on Twitter, Instagram and Facebook.