Almond Brewer was surrounded by Arizona police after a credit union manager doubted the authenticity of an account holder's check.

Authorities were called on a Black Arizona man attempting to cash a check he received after selling a boat. The man, Almond Brewer, went to Pinal County Federal Credit Union in Apache Junction to cash the $3,200 check only to be surrounded by police after a manager doubted its authenticity.

According to a local report from 12 News, the incident occurred in October 2021 when the credit union manager called 911 — while Brewer waited — and told them the personal check was fake. The report notes that Brewer told the teller he had received the check after selling his boat to a woman on Facebook Marketplace, “and she looked kind of surprised.”

According to the bank, the check had “red flags” like an old log of the credit union, as well as a routing and checking account number that didn’t match the member’s information.

However, after running the check through a third-party verifier, its authenticity was deemed “inconclusive,” a fact the manager did not tell the police. When contacted by the credit union — after the police had been called — the account holder verified she’d signed the check, but police didn’t learn that until 10 minutes into their interaction with a stunned Brewer. 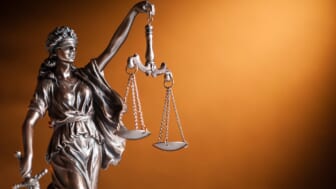 Also Read:
House arrest is the right amount of justice for the Dunkin’ manager who threw a fatal punch after being called the N-word

“Why embarrass somebody like that? Why, you know, make them feel less than a man,” he later wondered.

In a statement, issued in January, Amy Marshall, president and CEO of the Pinal County Federal Credit Union, said that “at no time did the staff feel threatened or feel Mr. Brewer was trying to rob the credit union.” She noted that police were already en route when the manager got the verbal check verification from its customer and maintained the staff apologized to both the law enforcement officials who responded and to Brewer himself. 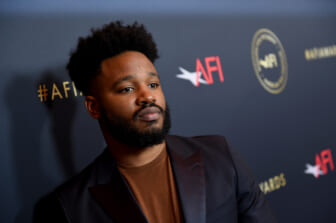 They had “seen an uptick in fraudulent activity,” Marshall wrote, and their “ultimate responsibility” is to ensure safe and secure accounts. She added that their team undergoes diversity and inclusion training and said they would be reviewing their processes.

“Mr. Brewer, on behalf of Pinal County Federal Credit Union,” she concluded, “I would like to formally apologize for this confusing experience while visiting one of our branch locations.”

The situation is reminiscent of a recent, now-viral incident involving Black Panther director Ryan Coogler, who was handcuffed by police in Georgia while attempting to withdraw $12,000 from his checking account at a Bank of America branch.