The filmmaker won the Best Director award for her Netflix film, 'The Power of the Dog.'

Jane Campion is in a bit of hot water after a controversial comment about Serena and Venus Williams at the Critics Choice Awards.

Campion won best director at the 27th annual Critics Choice Awards on Sunday for her Netflix film, The Power of the Dog. During her acceptance speech, she made comments about the legendary tennis players. 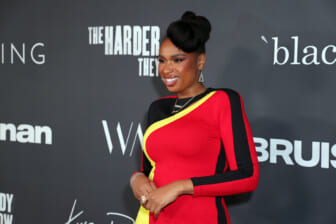 At first, Campion seemed to praise the Williams sisters, who were in attendance in support of the film King Richard, a biopic about their father and tennis coach, Richard Williams.

“Venus and Serena, what an honor to be in the room with you,” Campion said. “I’ve taken up tennis. I really have, and when you want to come over and give me lessons, I’d truly love it.”

Then, after acknowledging her fellow nominees as “the guys,” she ended the speech by evoking the Williams sisters again. “Serena and Venus, you are such marvels. However, you do not play against the guys like I have to.”

Campion was making a statement about the competition she faces amongst male directors. She is only the third female filmmaker to win best director at the Critics Choice Awards. She was nominated with Paul Thomas Anderson, Kenneth Branagh, Guillermo del Toro, Steven Spielberg, and Denis Villeneuve, as reported by Newsweek.

However, many viewers felt Campion referring to the Williams sisters during her speech was unnecessary and uncomfortable and expressed those views on social media.

Venus Williams’ real-time reaction to Campion’s comments was one way those criticizing Campion illustrated how out of place her statement was.

Some believed Campion was taking a veiled slight towards the Williams sisters.

Others felt that Campion’s statement was much deeper than a gaffe.

Still, the evening turned out to be one the Williams sisters could celebrate. Will Smith took home the best actor award for portraying their father in King Richard. Smith thanked the Williams family for trusting him to be in the movie and praised them for their accomplishments.