Pastor gifts $10,000 in gasoline cards for ‘Gas on God’ giveaway

Pastor Brian Carn gave $35 gas cards to Charlotte residents, bemoaning moments when "people have to make a choice between gas and children going to school or eating."

A pastor in Charlotte, North Carolina, tried to help ease the pain his community is feeling financially with a $10,000 gas gift card giveaway that he dubbed “Gas on God.”

Pastor Brian Carn is the leader of Kingdom City Church, and, according to Spectrum News 1, he gave the cards away to Charlotte residents Saturday because running out of gas is a feeling no one wants to experience. “Whenever people have to make a choice between gas and children going to school or eating,” said Carn, “it’s a real tragedy.”

Gas in the city is currently around $4.18, according to the report, and rising prices add to the stress resulting from increased inflation and the coronavirus pandemic.

Spectrum News 1 notes that the $10,000 for gas purchases came from Carn’s personal finances. He maintained that he’s simply following his purpose and the example set by a higher power. “Well, Jesus fed them, and then he ministered to them,” Carn said. “So, right now the food is gas.” 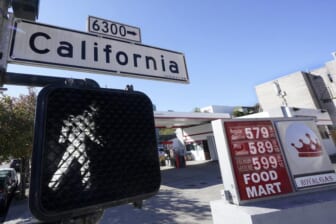 He gave away the $35 gas cards to more than 300 drivers on the west side of the city and also dispensed groceries and other gift cards to families.

“We got to get out here. People are hurting. People have situations,” Carn told WCNC. “One man literally pushed his car up here, was out of gas. Another lady came and said, ‘I don’t need gas, but I need prayer.'” 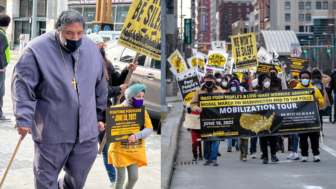 Kingdom City Church was founded by Carn in September 2016. It has since grown to campuses in Jacksonville, Florida, and Houston, according to its website.