Is it finally over for Colin Kaepernick?

OPINION: Seattle Seahawks coach Pete Carroll, who has a QB opening now that Russell Wilson is gone, once believed Kaepernick deserved a second chance. But Carroll's recent comments suggest he’s not going to give him a shot. 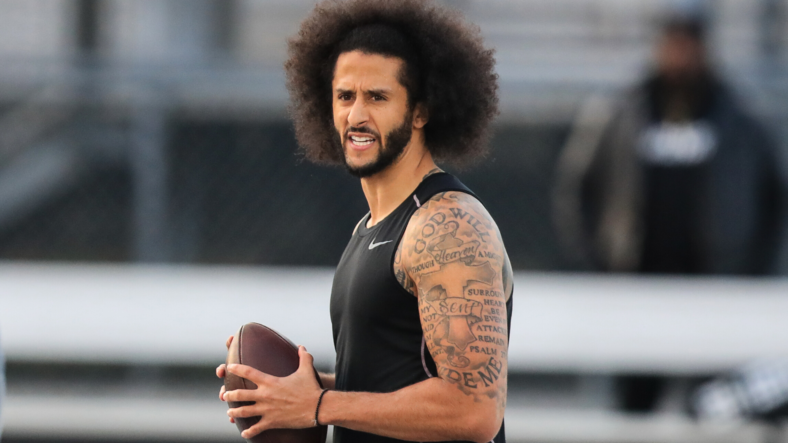 The only team that’s given Colin Kaepernick a workout since 2016 has an opening at quarterback, his position.

Kaepernick, who has trained nonstop and received a rave this week from a player on the team, still wants to play.

But we know. Actions talk and BS walks, and the NFL is full of it. The league has wanted no parts of Kaepernick since he protested social injustice by kneeling during the national anthem in 2016, his last NFL season. 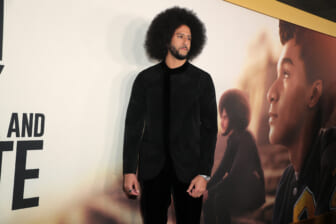 Funny how Carroll was crystal clear in 2017 after bringing him in for a workout. “He’s a starter in this league, and we have a starter,” the coach told reporters. “But he’s a starter in this league, and I can’t imagine that somebody won’t give him a chance to play.” Carroll wasn’t perplexed in June 2020 either, expressing regret that Seattle didn’t sign him three years earlier. “The reason it wasn’t the right fit is because I held him in such a high regard,” he said. “I didn’t see him as a backup quarterback, and I didn’t want to put him in that situation with [Russell Wilson].”

Now that Wilson is gone and there’s a gaping hole at QB, Carroll isn’t certain about the fit. If that’s the attitude from a one-time supporter, we can’t imagine anyone else giving Kaepernick a chance, though they should.

There’s nothing to lose by seeing if he can still play like Seattle wideout Tyler Lockett suggested Monday in a tweet: “Yessir!! That man Kap is ready!!” There’s no guarantee that any player would regain top form at Kaepernick’s age (34) after a five-year layoff. But that’s the purpose of physical exams, workouts, and training camp.

Teams will give your grandfather a shot if they think Pop-Pop might help.

Training camps are populated each year by hundreds of guys who’ll never spend one second in an NFL regular-season game. Some of that is pure math. Extra bodies are needed for practices as teams work their way to the final roster. It’s not uncommon to have four quarterbacks when training camp opens, with two typically making the squad.

Is Kaepernick capable of being one of those of 64 QBs? Probably.

Is there an NFL owner willing to allow such a move? Probably not.

He’d have a better chance if 22 massage therapists accused him of sexual assault and harassment. Teams would rather face fallout for adding a three-time Pro Bowler like Deshaun Watson than kicking the tires on a player who riles a portion of fans for being “unpatriotic.”

Hiring the next Tony Dungy or Lovie Smith—Black coaches who squared off in Super Bowl 41—doesn’t take the courage necessary to bring in Kaepernick. He’s been blackballed for five years now, and not one owner has shown the intestinal fortitude to stand up against their colluding peers and irrational fans. 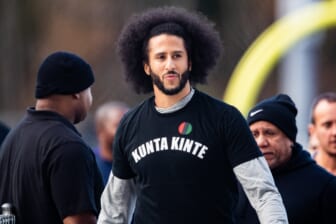 Instead, teams continue to take the safe (and sorry) route, giving QB jobs to has-beens and never-weres. Presumably, Kaepernick will continue to workout and put his case on tape while pursuing endeavors in business, entertainment and social justice.

According to Fox Sports broadcaster and former NFL player Marcellus Wiley, Kaepernick should concentrate on the latter. “You got a better chance of stopping racism than playing again,” Wiley tweeted last week.