A Tennessee police officer fired his stun gun at a food delivery man who had begun recording his traffic stop for speeding and asked to see the officer’s supervisor, video footage shows.

The man wound up facing additional charges of resisting arrest and obstruction of justice, his attorney said.

Attorney Ryan Wheeler released the video at a news conference Friday, saying Delane Gordon began recording when the March 10 stop started to make him feel unsafe. Police in Collegedale, a city of some 11,000 people about 20 miles east of Chattanooga, have thus far declined to identify the officer.

Gordon is Black and the officer is white, Gordon’s legal team said. 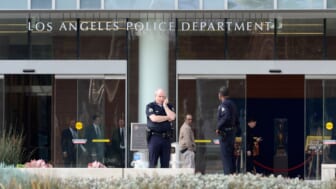 Earlier in the week, authorities said they were investigating a March 10 traffic stop by Collegedale Police that resulted in those three charges. But they didn’t say why, and still have not released specifics or police video footage, citing the probes.

Wheeler said Gordon was a few hundred feet away from where he was delivering food for DoorDash when an officer made a U-turn and pulled him over. Gordon questioned why he was getting pulled over, the attorney said.

Gordon’s self-shot video then fills in many blanks.

The recording picks up as the officer is pointing the taser at Gordon, who is holding his driver’s license and sitting in the car. The officer is yelling “Get out!” multiple times at Gordon, who describes for viewers that the officer “pulled me over for a traffic stop and he’s going to tase me. You can’t do that officer because I called for your supervisor. I have my license.”

The officer says, “You refused to give your information. I told you to get out of the car. Now you’re resisting. Get out!” Gordon then said he was feeling ”uncomfortable” and added, “Please get your supervisor.” The officer responded, “I don’t give a (expletive) what you feel like. I said get out.” The officer grabbed the man and tried to yank him out of the car, as Gordon said ”please stop,” “please don’t hurt me,” asked why he was doing this and told the officer it was all on tape.

The officer stopped grabbing Gordon, and as Gordon said what the officer was doing was “not lawful,” the officer fired the taser, striking Gordon.

Gordon was booked, made bond and was released, Wheeler said.

The Collegedale Police Department has not put the officer on leave, said Lt. Jamie Heath.

The department has the officer’s “complete camera footage” of the encounter and hopes to release it at the end of the criminal probe and the department’s internal affairs investigation, Heath added. 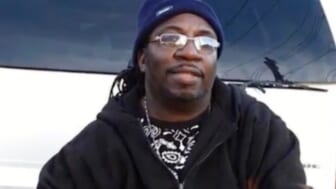 The Hamilton County district attorney’s office announced Tuesday that it asked the county sheriff’s office to investigate a traffic stop on March 10 by the Collegedale Police Department in which the driver was charged with speeding, disorderly conduct and resisting arrest.

Wheeler said Gordon has no prior criminal record, never posed a threat to the officer and was respectful throughout the exchange. He said their focus is bringing awareness and clearing Delane of the charges. He said he was confident that would happen.