A confrontation between a Chicago police officer and a protester during the widespread summer 2020 protests against police violence may soon lead to the officer’s dismissal.

According to The Chicago Tribune, Police Superintendent David Brown argued for leniency for Officer Nicholas Jovanovich without success, despite agreeing that he had used excessive and unnecessary force against GoodKids MadCity activist Miracle Boyd after he punched her and knocked her tooth out on July 17, 2020.

Brown disagreed with the latter findings and recommended a one-year suspension for Jovanovich, while the COPA has recommended his dismissal. The officer will soon face a full disciplinary trial, where he could be fired.

Another Chicago officer, Andres Valle — who witnessed the events and failed to report Jovanovich’s use of force — was recommended for a 60-day suspension, though Brown argued that his suspension should be half that time or 30 days. 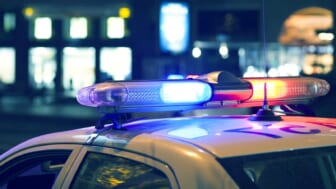 Retired FBI special agent Nanette Doorley, a member of the Chicago Police Board, was hired by the city to review the incidents. In the Jovanovich case, she found that Brown did not overcome the COPA’s recommendation. However, she agreed with him regarding a 30-day suspension for Valle.

The large protest at Grant Park on the night of July 17, 2020, began peacefully, according to Brown, but it escalated into a more dangerous event, ending with 49 Chicago police officers being injured — and 18 of them being treated at area hospitals.

At least 12 protesters were arrested. 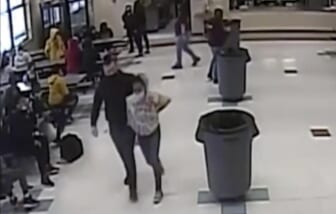 During the attack, at least one of Boyd’s teeth were knocked out. She previously said, in response to the skirmish, “There is no way I should have left a protest bruised and battered for exercising my freedom of speech and freedom to assemble.”

At a news conference following the incident, a reportedly emotional Boyd told a supportive crowd, “My life has been threatened, I have received several hate messages and racist messages.”

“I will not allow the public to tear me down and humiliate me,” she said. “I am not a menace, a hood rat, nor a rebel. But a dedicated freedom fighter.”