A candidate for U.S. Senate in Missouri has issued an apology for taking part in an event years before the controversial organizer began allowing Black members to join in the 1970s.

Trudy Busch Valentine, a daughter of the beer magnate Gussie Busch and is running as a Democrat, in a statement to The Intercept said she regrets participating in the Veiled Prophet Ball in 1977, where she was crowned the Queen of Love and Beauty.

The Veiled Prophet Organization has a long and sordid history. The St. Louis Post-Dispatch said two brothers — one a Confederate colonel during the Civil War — founded the secretive, high society organization in 1878.

As part of the annual debutante ball held each year in St. Louis, the group would select one man as the Veiled Prophet, who in turn selected a queen. 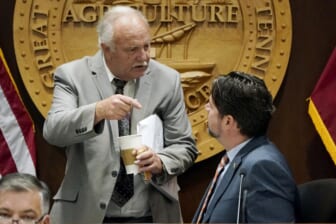 Valentine was 20 years old when she was honored at the event.

“I believe in the importance of working together and healing divisions — and that starts with acknowledging my own past shortcomings,” Busch Valentine said in the statement. “I failed to fully grasp the situation. I should have known better, and I deeply regret and I apologize that my actions hurt others.

“My life and work are way beyond that, and as a candidate for Missouri’s next US Senator, I pledge to work tirelessly to be a force for progress in healing the racial divisions of our country.”

In addition to attending in 1977, The Intercept said she attended again in 1990 with other past queens of the function.

The group has long courted controversy for its exclusionary and what some called racist imagery. The Veiled Prophet, for example, wears a hood. 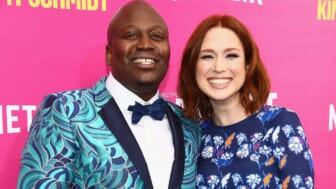 And there have been demonstrations. In 1972, a group of civil rights protestors crashed the ball and one, Gena Scott, managed to unmask the prophet. Several media organizations reported that Scott’s house was later vandalized and her car bombed.

Controversy exploded last year when the actor Ellie Kemper apologized for participating in — and winning — the Veiled Prophet Ball in 1999 at age 19. Kemper is most known for her roles in hit series The Office and Unbreakable Kimmy Schmidt.

Social media users posted information about her event participation and labeled her the “KKK Princess.”