‘May the Lord Watch’? I hope so. But I definitely will watch the documentary about the rise and fall of Little Brother. Thanks for asking

OPINION: Phonte dropped the first trailer for the documentary about the iconic group, and 2023 seems so, so far away. 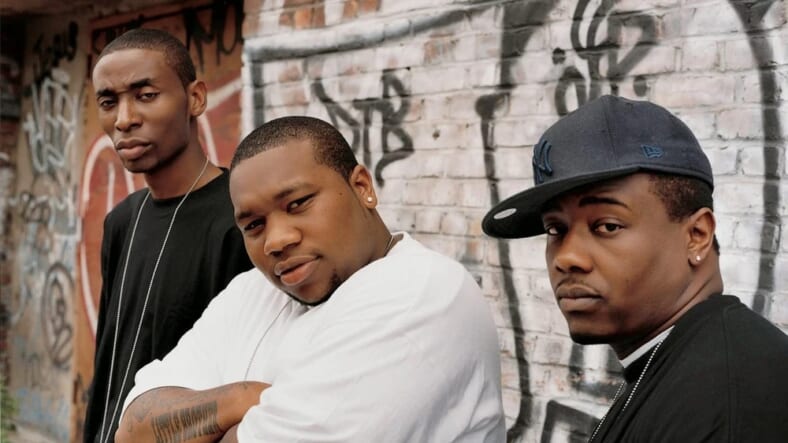 I’ve been a fan of Little Brother—the rap group made up of Phonte (Phonte Coleman), Big Pooh (Thomas Jones) and 9th Wonder (Patrick Douthit)—since the first time I heard a song from them. What’s funny is I don’t exactly remember who put me on to them (I assume that my roommate in grad school, the most music-headest music head I know, made the introduction), but what I do vividly remember is using the University of Maryland-College Park’s super speedy connection to download the various songs from The Listening while I was supposed to be doing work for my graduate fellowship; I was not good at that fellowship.

And I more specifically remember the first time I heard “Whatever You Say” and feeling like it was the most amazing song I’d ever heard in my life. I’m prone to hyperbole, but the beat, lyrics and entire vibe and feel of that song are so perfect. Me and Doja Cat are on the exact same page when it comes to “Whatever You Say” and Phonte’s verse in particular; that man was spittin’ life in the realest of ways. More on Phonte later. 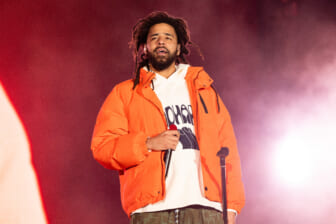 True story: Sometime in maybe 2007, 9th Wonder came to Washington, D.C., on one of many trips to DJ a party at the club I was working at, and I told him straight up that he will forever be in my good graces as a producer because of “Whatever You Say.” Whew, chile.

Anyway, Little Brother is a group that I thought perfectly melded everyman life with amazing beats, sketches that seemed to mirror my own life and artistic hustle, and lyrically, they were exactly who I was at every phase of life they released music. They rapped about working, dating, relationships, trying to make it in America and used references that I could understand. To me, Little Brother was the rap version of what Damon and I did with Very Smart Brothas, and I mean that with my whole heart. Speaking of things, I mean with my whole heart…

Actually, this needs its own line.

Phonte is the most underrated lyricist of all time. Fight your moms, fam. I’m standing ten-toes down on this one. Also, I used to argue that—and this was in like 2007 or 2008—that a rap group featuring Phonte, Kanye West and Cam’ron would be THE most fun and interesting rap group of all time. I also wanted Kanye to produce an entire Little Brother album. 9th Wonder produced the beat for “I See Now, ” the Little Brother song featuring Kanye West and Consequence from The Chitlin Circuit 1.5 Mixtape, which was such a joy.

I was so in on Little Brother that I bought the limited edition The Story of US sketch album, where I believe Percy Miracles made his first appearance. And US isn’t “us” but Unheralded Symmetrics, a rap group featuring Phonte and Eccentric (a member of Justus League, the North Caroline collective of which Little Brother was a part) as Paradox the Bilateral Metaphor and Scaling Scientific. They spoofed the whole industry as they searched for a record deal, and it’s hilarious. I read every article about Little Brother, and I’ve been to shows. I’ve followed their individual offerings, from 9th Wonder’s well-earned, legendary ascent to hip-hop elder statesman and producer for some of the biggest stars to Big Pooh’s solo records and everything Phonte has done in any form. Hell, he’s part of the reason I started listening to the Questlove Supreme podcast; oh, Phonte is there? Then so am I.

Here’s the thing: To follow Little Brother also means you had to follow all of the drama and not entirely understand or know what it was all about. Was 9th still in the group or not? Are Pooh and Phonte still cool? Are Phonte and 9th cool at all? It was like A Tribe Called Quest all over again, and nobody enjoyed that demise. But at least ATCQ’s breakup was before the social media age; Little Brother’s falling out happened during the social media era, which means we could all weigh in wrongly and create our own narratives, etc. I think most of us just wanted one of our favorite rap groups to keep giving us music, but that’s always what all fans want, more more more. 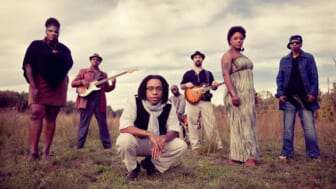 When Little Brother was rumored to be reuniting at 2018’s Art of Cool Music Festival in Durham, N.C., it was a moment. Because of a series of unfortunate events, Little Brother performed for the first time together in, like, 10 years, and that, of course, sparked all of this debate and discussion about them reuniting as a group. Not so fast. That never materialized, and well, sides were taken again. Pooh and Phonte would eventually put aside their differences and, without 9th Wonder, in 2019 release their first album as Little Brother since 2010’s Leftback. As fans, the questions always lingered, especially after hearing about disagreements and both sides speaking without saying things directly. 9th Wonder spoke his peace, and so did Phonte and Big Pooh. But fans always want more. Always.

Well, based on the trailer for May The Lord Watch: The Little Brother Story, we might get some of those answers, not only from the group but from folks in and around the collective and situation.

I feel about this documentary the way I did about the A Tribe Called Quest documentary, Beats, Rhymes and Life: The Travels of a Tribe Called Quest. I can’t wait until it drops, and I can’t wait to learn more. Little Brother is a group near and dear to my heart, and I always wanted more from them, but that’s my selfishness. But at this point, I’ll take the academic, historical offering that allows their story to live forever and be used to discuss their music and the space they occupied in hip-hop, especially for the folks like myself who identified so closely with their art and growth as men.

According to the trailer, the documentary drops in 2023, which is both next year and non-committal about when exactly. But I’ll be there waiting, guaranteed, because they brought me the music I needed.

I mean, they had my head still bobbin’, even if the verses didn’t rhyme. That’s cool; I was always listening.