A$AP Rocky is having a very busy spring. While preparing to become a first-time father, the rapper-entrepreneur has debuted multiple new projects outside of the musical realm, most recently, a clothing and accessories capsule with Mercedes Benz. Now, he’s moved into the spirit realm—spirits, that is—debuting a new whiskey called Mercer + Prince.

According to The Hollywood Reporter, the liquor launch has been three years in the making and was developed in partnership with Global Brand Equities and legacy spirits brand E. & J. Gallo. But as the rapper himself shared, the idea has been brewing for far longer.

“I’m so excited and grateful to finally introduce Mercer + Prince to the world,” he said in a statement. “I have been learning about whiskey from all over the world for the past decade and wanted to defy the rules to create something unique, while honoring and respecting industry traditions.” 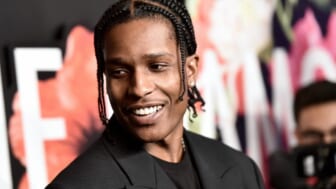 Named for the native New Yorker’s favorite cross-streets in the city’s Soho neighborhood, the product is decidedly different, thanks in large part to the bottle, which A$AP Rocky also designed. Mercer + Prince uniquely features “a flat-edged rectangular bottle, able to rest vertically or horizontally, and features two cups as bookends,” notes THR.

As for the flavor profile, the spirit reportedly features “hints of vanilla, caramel, and baked apple,” as well as an infusion of Japanese Mizunara oak. Aged in American white oak barrels, the whiskey is blended in Canada—which technically makes it “whisky.”

“We had Rocky taste between 40 and 50 different liquids from all different categories, all within the whiskey category, but from different origins and countries. The primary objective of those blind tastings was to land on his favorite taste profile,” said Morrissey. “We put our trust in him as a tastemaker.”

If you’d like to taste what A$AP Rocky’s been drinking, this celebrity-helmed alcohol is surprisingly affordable. Mercer + Prince is currently available online for $29.99 and will reportedly be available at brick-and-mortar liquor retailers later this year.