An arrest was made in connection to the murder of the mother of rapper Young Thug’s teenage son.

Fleetwood is accused of fatally shooting LaKevia Jackson, the 31-year-old mother of rapper Young Thug‘s 14-year-old son, Kyvion Jackson, after a dispute at a bowling alley in Atlanta on March 17. 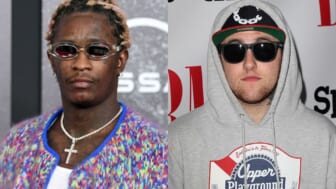 Also Read:
Young Thug says collaboration with Mac Miller was recorded the day before he died

A friend who was with Jackson the night she was killed said that after the dispute inside the bowling alley Fleetwood waited for her in the parking lot and ambushed the victim as she was leaving, opening fire and killing her instantly.

“I didn’t know that was going to be the last time I talked to my baby. …I could hear her over the phone crying and screaming then her best friend said, ‘She’s not breathing!’” said LaKevia’s mother, Sherina Jackson, as reported by CBS 46 in Atlanta. “I lost my baby all over a bowling ball.”

“This is truly an atrocity. A young lady has lost her life over a bowling ball,” APD Homicide Commander Lt. Ralph Woolfolk said following the shooting, per the local news affiliate. “We talk about conflict-resolution time and time again, and this is an escalated dispute, so we will work this case through the night and we will find the person responsible. We know who you are, so go ahead and turn yourself in.”

Atlanta Police Homicide Investigators have made an arrest in the March 17, 2022 murder of Lakevia Jackson. https://t.co/JNHl4EP58m pic.twitter.com/pr5mgMaqPa

Following the arrest of the shooter, Woolfolk said Fleetwood was previously arrested 16 times on charges including fraud, narcotics, fleeing police, and criminal trespass, according to Lt. Woolfolk on Twitter. 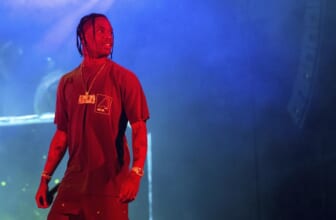 Also Read:
The most shocking music moments of 2021

Fleetwood is reportedly being held in the Fulton County Jail. He was scheduled to make his first appearance in court Friday morning.

Young Thug has not publicly commented on Jackson’s death.