The ex-NFL quarterback worked out for pro scouts during a showcase hosted by the University of Michigan on Saturday.

Colin Kaepernick remains steadfast in his pursuit of an NFL return.

The former San Francisco 49ers quarterback, whose racial justice activism has seemingly blacklisted him from the league, was featured in a throwing exhibition on Saturday during halftime of the University of Michigan’s annual spring game, WXYZ Detroit reported.

The opportunity was reportedly set up by UM head football coach Jim Harbaugh, who coached Kaepernick during his tenure with the 49ers and is helping him garner looks from NFL teams as he enters his sixth year out of the pros since first kneeling during the national anthem, per Detroit News.

Kaepernick, 34, has appeared to continue working on his game since becoming a free agent following the 2016 NFL season, telling WXYZ on Saturday that he is “absolutely” ready to help out a roster if given the opportunity.

“Really, getting out here for the exhibition was to show that I can still do it,” Kaepernick told the outlet following the Wolverines Against Racism student group’s Maize and Blue scrimmage for which he served as an honorary captain. 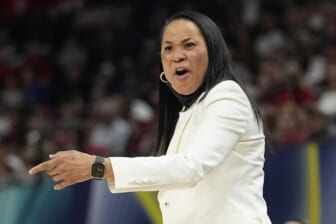 “It’s one of the questions my agent keeps getting, so we want to make sure we can come out, show everyone I can still play, still throw it,” he added, with a message to prospective NFL teams with an opening at the quarterback position.

The former Super Bowl XLVII quarterback stated confidently: ​​“I can help make you a better team. I can help you win games.”

Kaepernick added that while he believes he is still capable of helming a starting lineup, he can also contribute in the locker room and in practice as a backup while he works his way up.

Kaepernick has become a public symbol in the fight against police brutality since he began peacefully protesting in 2016, kneeling during the national anthem at NFL games in an effort to bring awareness to the murders of Black men and women at the hands of the police.

An ex-NFL executive in 2020 admitted that the controversy surrounding Kaepernick’s protest was viewed by teams as being “bad for business,” resulting in his absence from a pro roster despite being only three years removed from his Super Bowl appearance when he went unsigned.

Per WXYZ, NFL scouts, whose names and team affiliations the outlet did not identify, were in attendance during Kaepernick’s throwing exhibition on Saturday. 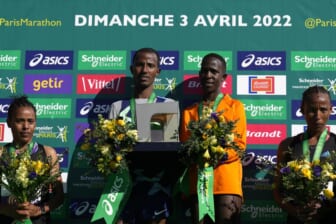 According to NBC Sports’ Pro Football Talk, Kaepernick was briefly in talks with Pete Carroll, head coach for the Seattle Seahawks, who have an opening at the quarterback position after their 10-year veteran Russell Wilson was traded to the Denver Broncos in March. Caroll and Kaepernick’s conversation has not progressed since, the outlet reported.

“To the teams that have questions, more than anything I will say I’d love to come in for a workout,” Kaepernick said on Saturday. “I’d love to sit down with you and have that conversation about how I help you be a better team.”