Production on two Will Smith films has stalled amid Oscars slap

There is more fallout from Will Smith’s Oscar’s slap. Development on two of Smith’s films has been paused in the aftermath of the controversial incident, as reported first by The Hollywood Reporter.

Smith was expected to star in a Netflix action-thriller entitled Fast and Loose. However, the streaming service has put the development of the film on the back burner. In addition, per THR, Sony has reportedly put production for Bad Boys 4 on pause as well. Emancipation, Smith’s AppleTV + film with director Antoine Fuqua of Training Day is currently in post-production. It was scheduled for 2022, but no release date is unknown at this time.

This comes after Smith slapped comedian Chris Rock in the face during the 2022 Academy Awards on March 27 while Rock was presenting the Best Documentary Feature award. Rock made a joke about Smith’s wife, Jada Pinkett Smith prompting the King Richard actor to walk on stage and strike Rock across the face during the live broadcast. 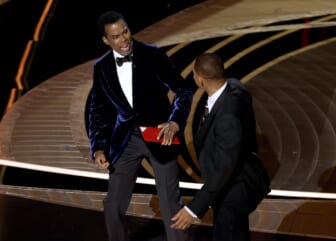 The premise of Netflix’s Fast and Loose deals with a criminal protagonist who loses his memory following an attack. While searching for clues about his past after finding himself in Tijuana, he discovers that he has dual identities – an undercover CIA agent and a wealthy crime lord.

The decision to halt the development of Fast and Loose also comes two weeks after the film’s original director, David Leitch, stepped away in favor of directing Universal’s Fall Guy, starring Ryan Gosling. At the time of the Oscars, Netflix was searching for a new director.

As for Bad Boys 4, the possible follow-up to Bad Boys For Life, the third installment in Smith and Martin Lawrence’s franchise, has been in development since 2020. Bad Boys For Life writer Chris Bremner was set to write the script for the fourth film about Miami buddy cops. Reportedly, Smith was given 40 pages of the script before the Oscar telecast. 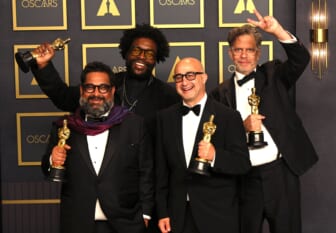 This news comes days after Smith announced his resignation from the Academy of Motion Picture Arts and Sciences. The Academy will continue its review of the incident in the coming weeks before making a decision about any further disciplinary action against Smith.