A teacher has been removed from his high school after he hung a Black doll by the neck in his classroom and then, according to The Chicago Sun-Times, argued with an offended Black colleague in front of students.

The unidentified white teacher at Whitney Young Magnet High School taught history and, according to the report, had numerous complaints against him — even before this incident, which occurred last Monday.

The Sun-Times claimed last week that a fellow teacher, a younger Black man, saw the stuffed doll — a helmeted, uniformed Black football player — hanging from its neck in front of the teacher’s classroom and confronted him. The profanity-laced argument was recorded and shared among the student body.

“Unfortunately there was an incident in which a teacher hung a small stuffed African American football doll by a pull down string from a projector screen in their classroom,” Whitney Young HS Principal Joyce Kenner wrote in an emailed missive to the school’s attendees and families sent last week. “The teacher indicated he found the doll in his room and wanted the students to see if someone would claim it. A colleague approached the teacher about the doll and the conversation between the teachers became contentious.”

Whitney Young students and staff attended a listening session in which students could ask pointed questions and express their concerns to district officials. 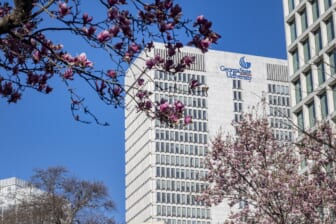 “This session represents just the first step in our ongoing partnership,” Kenner wrote. “They will be back in our building in the coming days to ensure due process and resolution.”

Whitney A. Young Magnet High School is one of the most diverse and acclaimed schools in the Chicago Public Schools district. Their mission reads that they work to ”provide a college preparatory academic program that challenges all students to reach their maximum potential. We will provide an environment of excellence, responsibility, and diversity that fosters intellectual, social and technological skills accomplished through professional development, structured learning experiences and parental support.”

The CPS investigation is ongoing; however, the white teacher has been removed from his classroom.

Campus officials recently shared a photo on social media with the caption, “Black lives matter at Whitney Young.” It was retweeted by the Chicago Teachers Union, who spoke out in support of the students, writing: “We understand the investigation at Whitney Young is ongoing, but practices that mitigate the harm of racial biases must also be ongoing, and consistent, in our schools.”

“Mayor Lightfoot has a responsibility to provide a safe space for every member of our school communities, which is especially important in a district that serves a student population that is 90 percent Black and Brown children,” they tweeted.

“And any definition of ‘safety,'” their message concluded, “must include creating and reinforcing an environment of equity and inclusion for all students, staff and faculty of color.”